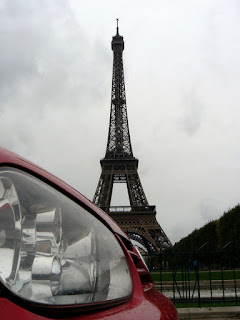 This time tomorrow I'll be back in Ireland, probably drunk, and thinking all sorts of crazy shit. It'll be my first time home since the last time and the last time before the next time.
Desperate measures call for desperate times and vice versa and I'm going back to sell my car. After so many adventures, including a romantic weekend in Paris together, my beloved Derval's been sitting idle and neglected in a carpark for the last year. She has her NCT on Monday, giving me a day to sell her before I come back to Berlin. She'll probably be upset. It feels like betrayal to simply show up after a year to flog her willy nilly to whoever flashes the most cash. Not that she has a willy. But it's also unfair to keep her locked up any longer. It's been far too long since she felt the thrill of the road, the wind in her front grill as she zoomed along to her favourite music and, well dammit, a car should be allowed be a car. 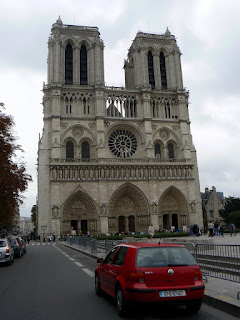 I also have to stock up on tea – stocks are getting dangerously low again. We went through a long period drinking inferior shite while trying to conserve the last of the boxes Jessie brought over in May. I opened the last one on my birthday and it was magnificent. Jesus Christ, the difference is unbelievable...
There are people I've to meet who weren't even alive the last time I was home, literally new, and of course others who are anything but, but who I can't wait to see again anyway.
Pints will be had I'm sure, in copious quantities in spite of and/or inspired by the great depression or whatever reason happens to be most apt at the time.
"Jaysus, the country's fucked," I'll hear. "You wouldn't believe what the gobshites have done."
Yeah, it will be good to be home.