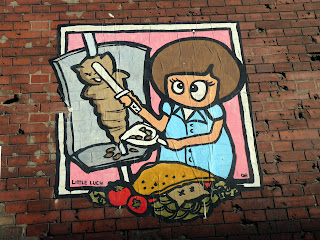 Yesterday I waited from 8am to 4pm for the phone guy to show up to install our internet. For eight hours I was afraid to go to the toilet in case he called and I missed him. He never showed up! Ohne Scheiß - literally.
For eight hours I fluted about and pissed around waiting for the fucker, until there was no other option but to ring the phone company, Alice, to ask what happened. It took 11 minutes at 42 cent a minute - they wouldn't call us back - to find out he didn't show up for a reason marked as "Sonstiges", which means anything at all. They were happy to book another appointment, the earliest being September 6th. I couldn't believe it. I'm guessing that would be sometime between 8am and 4pm too.
I was absolutely furious. Not only had I wasted a whole day of my life, but they now wanted me to waste another one, go another two weeks without the service for which we were paying in the meantime, and pay 42 cent a minute while holding for eternity to find out why, which they then wouldn't tell us anyway. 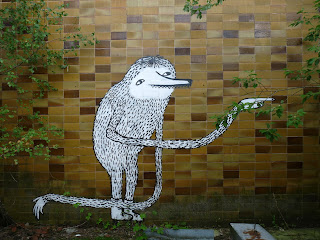 So today I took matters into my own hands. Alice will be getting a letter informing them of the wish to break the contract based on the fact they're not fulfilling their part of it (i.e. providing the service), and I availed of a month long trial of a USB surf stick which I will be returning within the month during which another provider will have provided us with Internet und Fastnetz.
That's the plan anyway. At least we have internet for now. Hauptziel erreicht.
Labels: Bad service