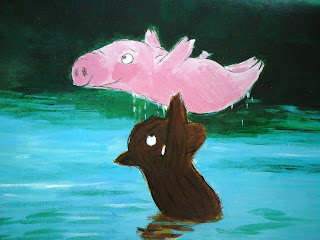 We got an apartment! It's a bit shit, but €500 says it's okay. And swinging cats ain't as fashionable these days as it used to be...
But it ticks most of the boxes - it's cheap, reasonably central, three rooms and kitchen, balcony, quiet street, and most importantly of all - we can actually have it!

The amount of crap you've to go through to get an apartment here - this country really takes the biscuit. In fact this country takes all the fucking biscuits when it comes to filling in forms. There are enough forms to be filled in to make you want to leave the country if you didn't have to fill in a million forms to do so. 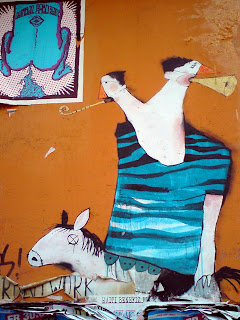 The Schufa is a disaster, a "free" credit check which costs €18.50 if you actually want to receive it on time. A piece of paper proving the unprovable as I've no history of credit or debt in this country. But all the landlords insist on it...
Then there's the Freizügigkeitsbescheinigung, a piece of paper stating my right to freedom of movement already guaranteed by an EU passport.
To get it you need your Anmeldebestätigung (proof of registration), passport or ID, "invitation letter from the host institute", proof of health insurance, biometric passport photo, a completed Aufenthaltsanzeige für Staatsangehörige der EU und EWR-Staaten form and "proof of activity". What in the name of sufferin' Jaysus?!
You have to bring all these forms in your wheelbarrow to the local Bürgeramt where you will queue for three days before they tell you, "Actually, there's another form you need..." 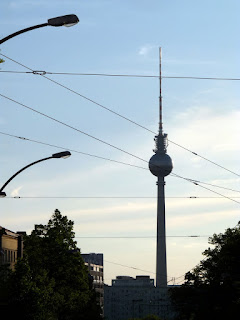 Jenny found the apartment on Monday. No bureaucratic bullshit. The property managers sort out the Schufa themselves and didn't ask for a Freizügigkeitsbe-shite-igung. Nor did they seem to mind the fact we earn peanuts and I'll be effectively unemployed in two weeks.

It's on Hallandstraße (in Pankow, just north of Schönhauser Allee), named after the Swedish province, tree-lined and cobbled (the street, not the province). There's a nice garden out the back. There's a suspicious abundance of German flags hanging from a near neighbour's apartment (come on, the World Cup was ages ago), but the main drawback is the lack of Fernsehturm view. Jenny agreed to get a big poster of it and stick it on the wall so we can at least feel like we're looking at it.
And it's on the U2, so we'll get to meet Bono whenever he's driving. I don't know where he gets the time to do all he does... 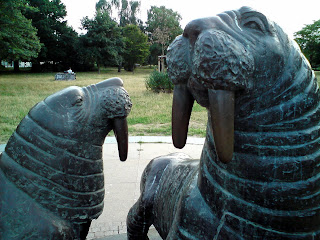 We signed the contract last night. Too many pages to read, but your wan put stickers in it so we knew which pages to open to sign. It only took a few hours to autograph all of them. Jenny dropped it back to them today and now it's ours! We get the keys next Monday. Tonight we celebrate! Tomorrow we can start thinking of the dreaded Umzugs...

Clarification: Apparently it's not a bit shit. It has potential.
Labels: apartment bureaucracy Bürgeramt Fernsehturm Life U2 Umzug