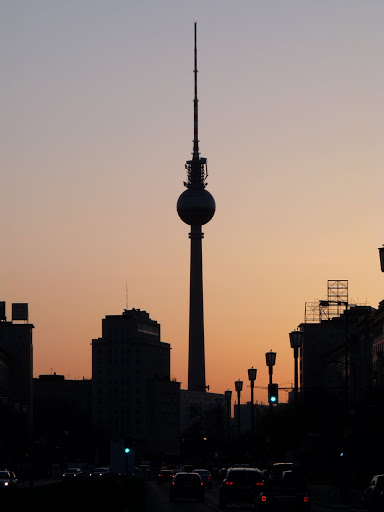 Last night I looked out at the Fernsehturm from my bed for the last time. There it was above the rooftops, red lights blinking at me, winking goodbye. Auf Wiedersehenturm.
The night before the Umzug. Boxes were packed, pictures taken from the walls, the bond with where I'd lived more than two years broken. Time to go. But the bond with Fernsehturm was as strong as ever. I looked out at it as it kept blinking. Savouring every blink. Finalesehturm.

Today I realised I'd far more shit than I'd like to have. Apart from the necessary purchases of a bed, mattress, lamp and wardrobe, and the acquisition of a bedside table and shelves, I reckon my possessions must have doubled since I left Ireland with everything in the boot of the car. The concrete hippo and elephant have been joined by a pottery bull from Perú, a hammock from Guatemala, a tent, kiwi plant and books on German grammar which are best left unopened.
There were four 80 litre Kisten to be dragged down the stairs, much to my shame, not to mention all the furniture, and four bin bags of bedclothes and clothes. Never again will I get onto Jenny about having so much shite. Not until Sunday at least when her Umzug takes place. 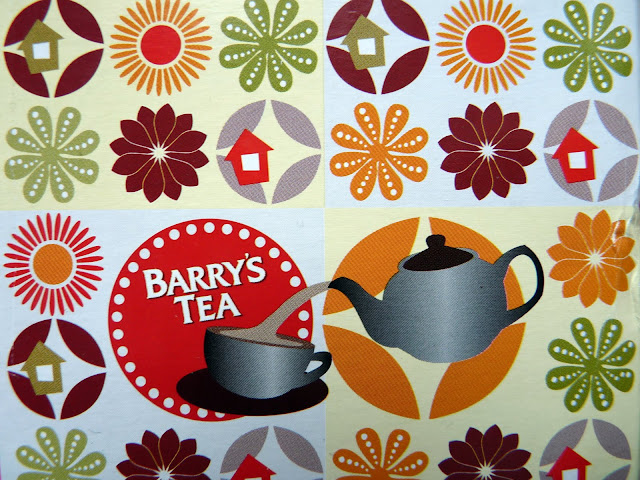 One prized possession failed to make it however. My Barry's Tea mug threw itself on the floor rather than face the move. My favourite mug! The only cherished possession I would have been contributing to the new kitchen. Perhaps it still hadn't gotten over the trauma of seeing the teapot doing exactly the same thing the week before. That too took its own life rather than face the prospect of an Umzug.
After getting over the first Umzug today - with the help of Dáire and his car for which I will always be grateful - I think I can better understand how they felt. The mug and teapot are dead! Long live the mug and teapot! 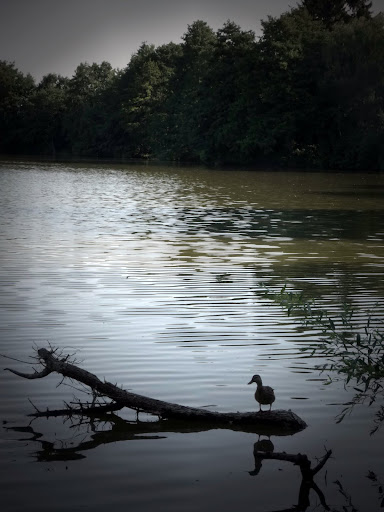 At least they didn't have to sandpaper floors and paint them. "Be careful you don't spill any paint on the floor!" The work continues. Skirting boards to be painted tomorrow, in between finding a job.
My current job ends next week. I've already written my last article for Bild. It was originally just supposed to be three months, but they were happy for me to stay on for another few months. Until last week when the head honchos decided to pull the plug on the whole English-language site.
Evidently it's just a coincidence Bild now has a daily readership of 12 and a half million readers. I do believe it was only 12 million when I started. But obviously just coincidence.
In any case, it may be a good thing. €600 a month - €477 after tax - for 40 hours a week says I needed to find another job anyway. Especially with another mouth to feed on the way.
Now I have yet another incentive: Some people actually like DIY. I don't. The sooner I find another job the better. Preferably one somewhere with a view of the Fernsehturm...
Labels: apartment Bild Fernsehturm Life Tea Umzug WG work