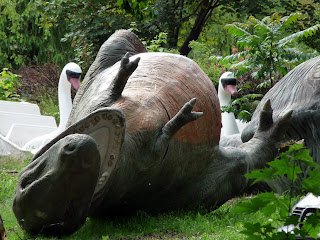 Der Irische Berliner can now be accessed on Facebollox. I know, I know, I swore it would never happen but this here website has developed a mind of its own and it dreams of stardom. It's insatiable! The premise of more than 500 million friends was just too strong to withstand. Buddha be with the days when I'd real friends. They all disappeared as soon as I announced an Umzug next week...
Much like the shameful capitulation to kapitalismus almost three months ago when the blog became IrishBerliner dot com and advertising started to appear (earnings to date have topped €3.87, an average of 4.39 cent a day), or catering to twits with tweets on Twitter, this latest measure boils down to the need to eat, much like boiling and eating do. 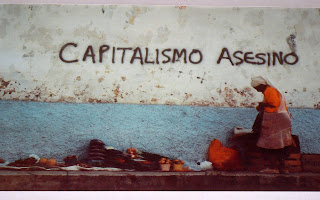 Who knows where it will end up? However, I can categorically state now that I shan't be partaking in any of the Facebolloxology like poking people, throwing sheep, leaving idiotic comments on misspelled examples of inaneness, or exchanging virtual pints with virtual friends. Although I must stress this does not in any way reflect any dampening of enthusiasm for having real pints bought for me.
Blog posts will now appear on Facebollox shortly after they appear on IrishBerliner dot com. Apart from that, I intend to fully ignore it as I've done up to now.