Moral dilemma for a psychic octopus 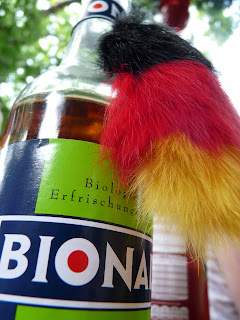 An uncomfortable moral dilemma is looming for me tomorrow. Germany take on Spain and suddenly I'm faced with a choice. Two years ago, for the final of Euro 2008, it wasn't even an issue and I celebrated with gusto when La Furia Roja finally brought a trophy back to España.
Things have changed since however. I admit allegiances are shifting. I like this German team and the football they play. I like the fact it's a multicultural mix representing the new Germany, the Germany I'm now a part of. I like the fact that neo-Nazis are spurning it for that precise reason. I like the way there are no star names, the main man is called Schweini, the captain Lame, and the coach Jogi. Never mind Poldi, Hansi and Özi...
It's a vibrant team, a fresh attacking force, full of flair and swerve, an optimistic team which carries the promise of exciting days ahead. Of course, scoring four against England hasn't harmed them either. But I also found it impossible not to enjoy the four-star show against Diego Maradona's Argentina.
When I look at this Spanish team I find it hard to feel the same. Sure this 'tiki-taka fútbol' is nice to look at, but it's not really that exciting. They bore their teams into submission by passing the ball around and then score one goal to progress. The goal they scored against Portugal was offside and they have San Iker to thank for saving their arses against Paraguay.
The fact they negotiated a €600,000 reward each to win the damn thing really stuck in my craw. For Jaysus' sake, they're already all multimillionaires fulfilling the dreams of millions of kids around the world. Who wouldn't want to play in a World Cup for their country? But oh no, these hombres need over half a million each to consider it. Then there's the stink of culé (Barcelona) infestation...
Spain is a part of me, but it's my past. My folks won't like it, but my future is Germany - the Würmchen ensures of that. There may be no German blood in me, but my blood will be. (Just half, and it won't be allowed forget the other half!) 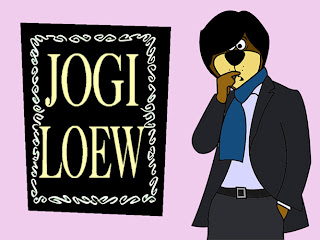 I confess I was disappointed when Paul the psychic octopus predicted Spain would win tomorrow. After successfully calling the Argentina result last week (and all four of Germany's results before that) the 'Oracle Cephalopod' went straight for the mussel with the Spanish flag, hovered briefly over the German one, before trusting his first instinct and thrusting his tentacle squarely back in favour of Vicente del Bosque's side.
"We were all a little bit shocked when Paul picked Spain," said Tanja Munzig, spokeswoman for the aquarium in in Oberhausen. "To err is not only human - animals can also make mistakes. Let's hope Paul got this one wrong."
The only time Paul was ever wrong was two years ago, the last time Germany met Spain. It was the final of Euro 2008. The last time he got it wrong I was celebrating. I wonder if this time will be any different...
Labels: Fitting in Fußball Germany integration Paul the psychic octopus Spain World Cup