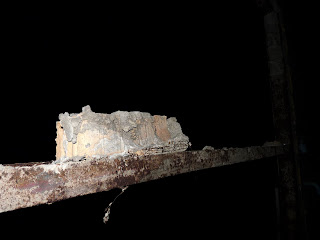 Once the Berlin Wall came down locals suddenly had a lot more to do than just drink. Unfortunately for breweries in East Germany this spelled the end for most of them. Beer production plummeted, and in the years following reunification breweries in the former GDR closed down and were abandoned quicker than parties when the fridge runs dry. 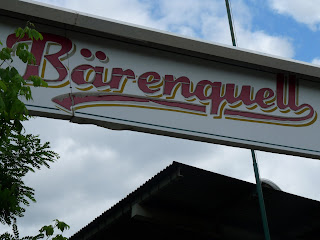 They simply couldn't compete with trendy beers available from the West everyone wanted to drink because they could.

Today victims of the Great East German Beertrayal are scattered around Berlin, idle and neglected. A hangover from a country which doesn't want to remember the party, a country which doesn't even exist anymore, they hulk over vast yards, immense halls empty, loading bays silent, vats as dry as fridges at abandoned parties. Perfect for exploring! 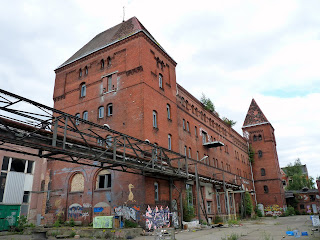 We hopped into the Bärenquell Brauerei through a side window just in front of the main entrance. It was a low window, and someone had conveniently left a beer crate underneath as a step. Carefully, we picked our way through the broken glass and debris. We were in!

Pausing briefly in the silence to go through the outbuildings full of crap and shite (old paint cans, mattresses, crappy furniture, fruit boxes, none of it beer related), we soon found ourselves outside the main building of interest - the Maschinenhaus! The door was ajar so we invited ourselves in. Up the steps and soon we were staring down at where the giant beer vats had been. This was more like it! Metal stairways, platforms overlooking great spaces where once inebriating substances were concocted, wires on tiled walls, ladders, steps, weird looking rusty pipes going anywhere and everywhere. A busy place once, inanimate and soundless now, there was nothing here but clues to feed our curiosity. 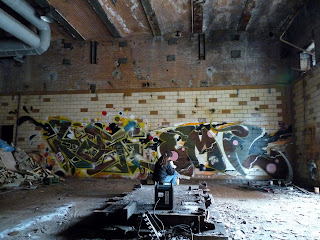 Well, my curiosity at least. Jenny had brought a book and she pulled it out and sat down to read while I continued sniffing around every corner, poking every dark hole and scampering up every stairs I could find. Twenty minutes later she was still there, sitting on a metal platform with just a beer crate for company surrounded by graffiti in a tiled loading bay. 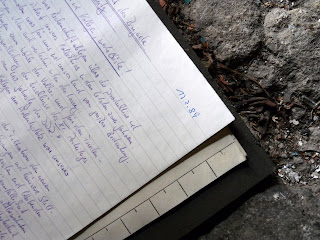 The next building had even more clues. Paperwork, files and training manuals behind a dusty door, GDR stuff, manifestos and propaganda, labels scattered around, dusty beer bottles in a crate, then behind a door up the stairs a kitchen! Desks with drawers pulled out and papers scattered, strange machines and contraptions, broken windows onto an outside world below us, a world which had left this one behind. Jenny pulled out her book again and I went exploring again. In every room, down every hall, up every stairs, down every tunnel. I'd brought a torch this time, and was happy I did as I'd still be in there now if I hadn't.

When the Bärenquell Brauerei closed its doors for the last time on April 1st, 1994, it marked the end of a brewery 112 years old. It first opened as the Borussia Brauerei in 1882, was bought by Schultheiss AG and expanded in 1898. After the war, it came under state control like pretty much everything else did. It was renamed the VEB Bärenquell. (VEB stands for Volkseigener Betrieb, people-owned enterprise. Of course the people had nothing to do with it.) 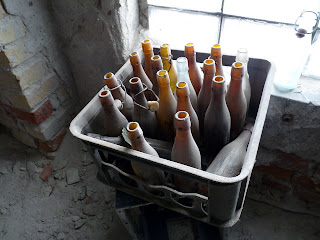 Bärenquell proved to be one of Berlin's most popular beers and was renowned for its good taste. By the time of its closure it was one of the 'big four' with Kindl, Berliner Pilsener and Schultheiss. If it was that popular however, I fail to see why it went bust. Perhaps they ran out of bears. (Bärenquell literally means Spring of Bears). I certainly didn't notice any when I was nosing around... 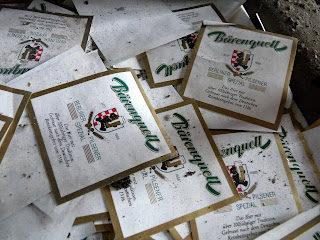 My search for beer turned out as fruitful as my search for real bears. The closest I came to either was a particularly happy looking bear proudly holding a giant pitcher of beer. He featured on the side of a Bärenquell crate but he wouldn't share any of his favourite brew, and neither would any of the other bears still adorning thousands and thousands of bottle labels strewn around the floor. Obviously the latest batch of labels to be printed, it turned out they didn't come any closer to the beer they were promoting than I did. 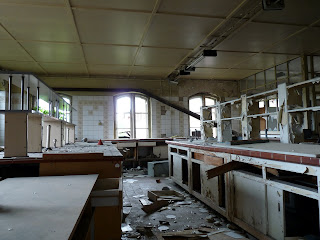 How to get there
The S8 towards Grünau will drop you off at S-Bahnhof Schöneweide. It's a 650 metre walk from there. Or cycle through Treptower Park if the weather's nice, maybe stopping if you dare at Spreepark enroute, and just keep the river on your left until you find yourself on Schnellerstraße with the brewery on your right. 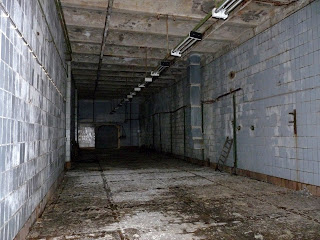 Here's a map so you won't get lost.

Getting in
It's very easy. A low window just in front of the main entrance on your right practically invites visitors, while the convenient crate underneath is sheer luxury!

When to go
Anytime really, although there could be weirdos and shady types here at night. Nightime is always spookier, but you will obviously see more during the day and some of the street art is well worth checking out. 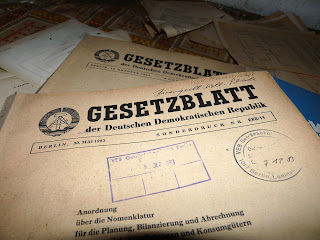 Difficulty rating
2/10 Piss easy. The biggest difficulty is getting here which isn't that hard at all. As with anywhere where betreten is verboten, watch out for passing Idioten who have nothing better to do than ring the police at the slightest hint of anything illegal going on.

Who to bring
Like-minded explorers. 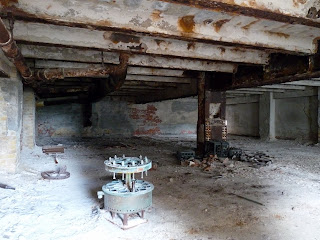 What to bring
Beer! Ironic as it may sound, it is essential to bring beer. Looking at all those happy bears enjoying their giant pitchers will have your tongue hanging oit of your head. And that exploring is thirsty work! Bring a torch too, and a camera if you want to take arty pictures.

Dangers
Watch out for weirdos and squatters. There were definitely signs of habitation in some of the outhouses although they weren't what you would call luxurious. I'm sure most weirdos and squatters are harmless, but caution is nevertheless advised. But then, this is Berlin, you'll be used to all that by now. 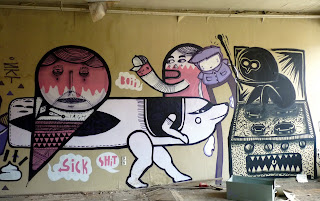 Dedicated to little Fionn, just six hours and 15 minutes in the world as I type this. As I told his father earlier, it's all downhill from here.
Congratulations Fionn! It's already a lifetime since you arrived but there are plenty more exciting days ahead. (Although the first one's gotta be pretty damn exciting. I can't remember mine.) Hopefully there'll still be a few abandoned buildings lying about when you're older and they won't have all been taken over by banks or converted into apartments, and we'll be able to go exploring them together some day.

It was Fionn's father who originally put me onto the Bärenquell abandoned brewery by showing me the following short film by Picture Report. It captures the true beauty of the place. Absolutely fantastic.