Garbáty's, a cigarette factory up in smoke 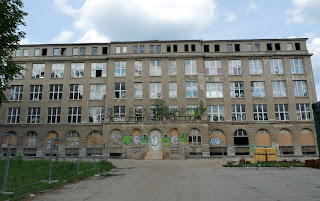 Looking for the abandoned Iraqi embassy a few weeks back, we came across an abandoned cigarette factory. As you do. There's shit abandoned all over this city.
We stood at the gate, peering in - myself, Jenny and Franzi (every German girl has a best friend called Franzi) - wondering whether to go in or not. My enthusiasm was dampened by the undoubted dearth of Saddam Hussein memorabilia but eventually I couldn't resist. Who knew what stories waited to be told? Lass uns gehen!

Little did I know I'd stumble on a story of Nazi persecution, East German indifference, and shameful greed leading to the systematic destruction of a family enterprise.

The Garbáty cigarette factory in Pankow isn't actually abandoned anymore, but being converted to apartments. They can't leave anything alone. A glut of diggers, construction paraphernalia and scaffolding scattered around, evidence of the poor building's fate. 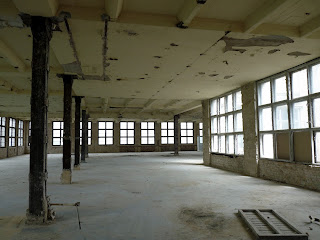 We squeezed in through the loosely-locked gate, made our way to the side where I pushed open a carelessly-secured barrier and we were in!

Up the steps to where a huge expansive room greeted us, a hall well lit through a thousand sunny windows, bereft of any furnishings or curiosities. It seems were were too late: Industrial without the industry. I left the girls and went up to the next floor where I found more of the same, and on each floor as I made my way up. Brick walls, pillars, smooth clean floors and disconcertingly clear windows providing no clues of a turbulent past. Nothing to be found, nothing to be seen, nichts. 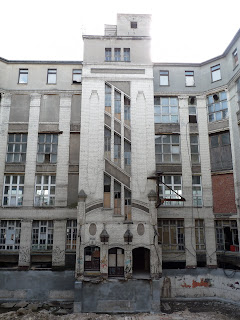 Josef Garbáty-Rosenthal began producing tobacco products with his wife Rosa Rahel at home in 1879, opening a factory on Schönhauser Allee two years later, and then moving to a more suitable facility on Berlinerstraße in Pankow in 1906.

He had 800 employees the next year, with both the Kurmark and Königen von Saba brands proving very popular, according to Beate Meyer in Jews in Nazi Berlin. Josef transferred the company to his sons Eugen and Moritz in 1929, and the former sold his 50 per cent share to the big-shot Reemtsma brand which controlled more than 60 per cent of the market at the time.

Following the Nazis rise to power in 1933, Der Stürmer, repeatedly denounced Kurmark cigarettes as a "Jewish product", before the Nazi newspaper proclaimed: "The Garbáty cigarette factory is a purely Jewish firm." Moritz Garbáty received threatening letters, and was then accused of smuggling foreign currency. Cue a dreaded Gestapo investigation. 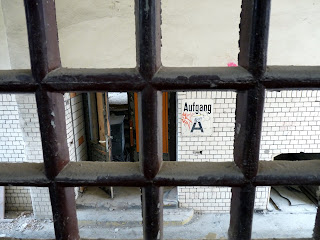 Minister Hermann Göring reduced Garbáty's import quota by ten per cent in January 1939. Competitors jumped on the bandwagon, breaking the company's regular supply to customers. Turnover practically halved between 1937 and 1938.

Moritz Garbáty saw no option but to sell the firm, and his lawyer opened negotiations with interested Aryan parties. Dr. Jakob Koerfer's consortium included Emil Georg von Stauss, prominent Nazi supporter and director of Deutsche Bank with excellent connections, including Göring himself. It was simply a matter of how little the Garbáty family would get.

Reemtsma didn't dare rock the boat and sold his 50 per cent to Koerfer for six million Reichsmark. Various institutions were pushing for the rapid Aryanization of the firm, losing value by the day as the political climate worsened. Anti-semitism sending the value of Jewish companies plummeting. 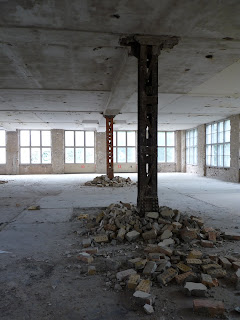 Moritz Garbáty signed over the firm - valued at RM 31.6 million on December 31st, 1937 - to Koerfer and his Aryanizers for just RM six million on October 24th, 1938. A Schnäppchen indeed. His brother Eugen was given one million and a further RM 1.74 million was paid for the factory premises in Pankow.

Formalities, including the payment of RM 4.11 million to the Reich in "compensation", were finalised on November 8th, a day before Kristallnacht and the subsequent arrests and beatings of Jews. Ninety-one were killed that night. Moritz Garbáty had to go into hiding. His wife and 8-year-old son found refuge in a taxi travelling through Berlin:

"[She rang home] to see what the situation was like," recalled Thomas Garbáty in 1999. “Our housekeeper Elise answered the phone. 'Elise, how are things at home?' asked my mother. The answer was, 'I'm sorry but Mrs. Garbáty is not here.' Then we knew that the Gestapo were in the apartment. They were looking for us. It was Kristallnacht.” 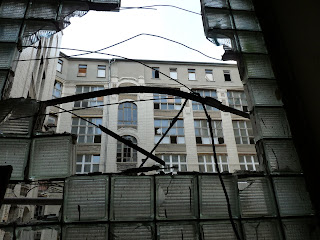 Jews with money could obtain exit visas by making a compulsory "donation" to the chief of police. Moritz and Eugen Garbáty paid Wolf-Heinrich Graf von Helldorf RM 1.15 million in total. He was involved in the plot to assassinate Hitler some years later and consequently hanged.

Jews were also forced to pay "compensation" for the damage of Kristallnacht through another compulsory voluntary donation. Moritz Garbáty coughed up RM 20,000. A property levy accounted for RM 1.12 million, an emigration tax RM 1.43 million. More too elsewhere leaving him with 861 Reichsmark. This too was then confiscated for the German Reich. 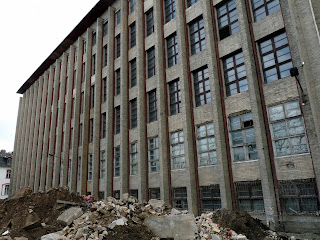 Moritz Garbáty, his wife Ella and son Thomas, managed to escape to New York via Amsterdam and Bordeaux, arriving finally on June 9th, 1939.

Josef Garbáty-Rosenthal, 87-years-old, had stayed behind. He died three weeks later, on June 29th, shortly before the outbreak of the war.

The factory was badly damaged in the Battle of Berlin in April 1945. Its owner, Jakob Koerfer, had already fled to Switzerland in 1944.

The business was appropriated after war's end by the GDR regime. It continued to produce cigarettes, was renamed VEB Garbáty in the 1950s when it began producing the Club brand, and it merged with VEB Josetti to form the Berliner Zigarettenfabrik in 1960. 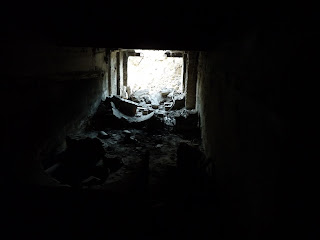 The fall of the Berlin wall spelled the end. The factory was taken over by the infamous Treuhand agency set up to oversee the East German privatization. Club was sold off to the RJ Reynolds Tobacco Company for just 13 million marks on October 2nd, 1990, a day before German reunification when it would have been illegal. The last cigarettes rolled off the production lines in September 1991 and all the furnishings, machines and fittings were sold to the Lübeckener Zigarettenfabrik. The workers were all let go. The Garbáty Zigarettenfabrik was no more.

It seems a final insult to build apartments there. I certainly wouldn't buy one (as if I could). Even if it were a Schnäppchen too. 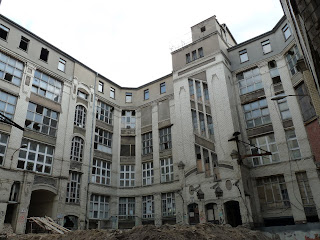 How to get there
Get the S2 S-Bahn from Friedrichstraße to Pankow, or the U2 U-Bahn (say hello to Bono if he's driving) from Alexanderplatz. If just a two minute walk north from the station, on the right hand side. Here's a map in case you get lost. 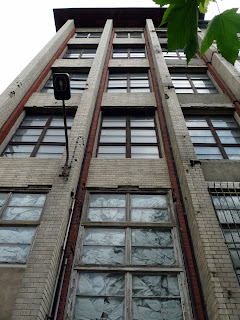 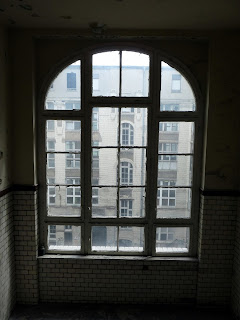 Getting in
You'll need to squeeze in between the gates, or simply hop over beside them where the construction material allows. Getting into the building itself proved more difficult a second time around. I had to jump down into the muck beside the side entrance and climb in through the basement which is full of pools of water. Bring waterproof shoes!

When to go
Sunday is best as the construction workers will be off. Or anytime after dark. Spookier!

Difficulty rating
4/10. Quite easy to get in.

Who to bring
Anyone with an interest. Girlfriend or boyfriend if you fancy making a roof-top proposal.

What to bring
Camera. Picnic for the the roof.

Dangers
There's a Polizei station just behind, so look out for them and don't shout and laugh and draw attention to yourself. Again, as with all such sites, nosy neighbours with little going on in their lives are a constant threat. Keep your eyes peeled.

UPDATE - January, 2012 - This place is no longer suitable for "urban explorers" apart from those who like exploring people's kitchens (feeds the belly instead of the soul) and freaking out dwellers in their homes. Might also be fun...
Labels: abandoned buildings Berlin Berlin Wall DDR Germany history Nazis shady shit theft war