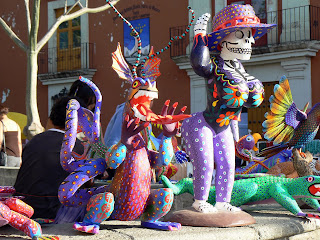 Fireworks greeted the first goal. And again the second. They weren't for Germany though, but for México who evidently have loads of fans in Berlin. I suspect the Mexican restaurant down the road may have something to do with it. Airborne burritos after the first goal, fountains of tequila for the second. ¡Ándale ándale! ¡Arriba arriba!
The defeat for France effectively guillotines any hopes Les Bleus had of progressing to the second round. Not that there's much sympathy out there. Even the English seem to revelling in their dismal failure. "Their manager is an idiot and almost to a man, their players are a disgrace to their country," said The Guardian's commentator.
Schadenfreude is a dish best served with a glass of stout, and there's nowhere it's being enjoyed more right now than in Ireland, home to more México supporters per capita than anywhere else in the world - including México. 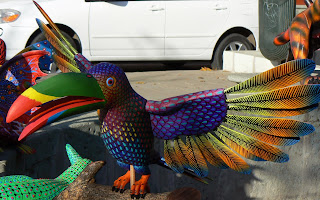 Memories of France's illicit progression to the World Cup at Ireland's expense have been relived and reviled backwards and forwards (see what I did there?), so there was no second invitation needed to support another team in green instead.
France coach Raymond Domenech - who surely won't be France coach much longer - didn't even play the instigator of the infamous 'Mains de Henry'. As if to add to his humiliation, he asked Thierry to warm up for 20 minutes without then allowing him a hand in the action! Perhaps he was mindful of the previous game when Henry - of all people - appealed for a penalty to be given against Uruguay for handball. Oh, the irony!
Poor Domenech sounded like a doomed man after the deserved loss to Mexico. He didn't bother trying to blame the controversial ball, the distracting sound of vuvuzelas, or the weather. "I have no words," he said, contradicting himself as he said them. He said some more too, just to make it worse. 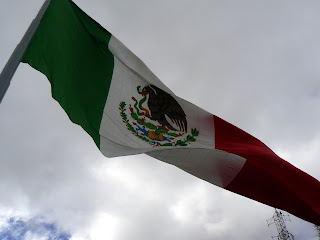 Defeat to Les Verts Mexicains means Les Bleus need a miracle against the Bafana Bafana in their final game. It doesn't look good. The last time they scored within 90 minutes at a World Cup was Zinedine Zidane's outrageous penalty off the top of the crossbar in the final in Berlin four years ago. Only one man can save them now. Time to bring Zizou back!
There go more fireworks. Maybe there's a few Irish in that Mexican party after all...