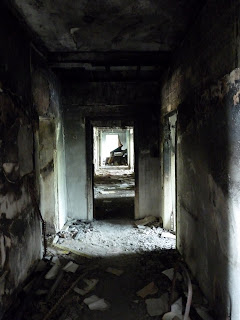 Papers are strewn everywhere, files, important documents, letters, photos, names, addresses; mountains of them ripped from folders and filing cabinets and just scattered around. Chairs are overturned, sofas gutted, desks ravaged, walls blackened, shards of glass on the floor. Dirty curtains billow in the nonchalant breeze through broken windows.
You'd think a bomb hit the place even before you realise where you are. But this is one Iraqi site which was never bombed - it was simply abandoned. 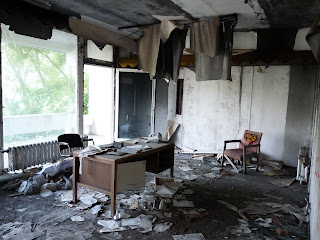 They must have just left the Iraqi Embassy to East Germany (German Democratic Republic or GDR) with no notice at all. "We're leaving. Pack your bags and get out!" They didn't even bother to clear their desks. Almost 20 years later the telephones, rusty typewriters and telex machines still sit on desks, along with manuals and lists of phone numbers. There was even toilet paper still on a roll beside the smashed up cistern! 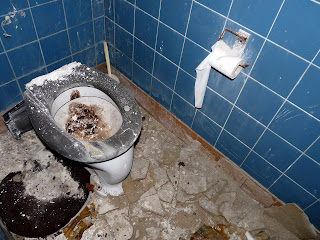 Most of what they left behind in January 1991 is still there. All the good stuff was gone of course; I was looking for a picture of Saddam Hussein to hang on my wall. Any medals, busts or trinkets were long pilfered but there was still more than enough to hold the attention. A receipt from April 28th, 1970 for 1.070,66 East German Mark made out to Herr Dr. Hl Hussani, whoever the hell he was, and letters addressed to Mr. Issam Salman Al Rawi from the Iraqi embassy in London. manuscripts on the Iran-Iraq war, and plenty of pictures of missile launchers in action, smiling Iraqi soldiers and wartime propaganda. 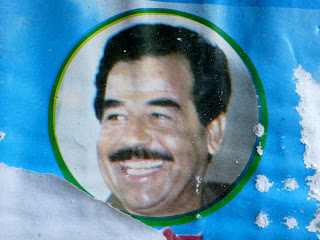 Saddam himself was there too! Smiling beautifully and radiating with glory on the cover of a brochure soiled by 20 Berlin winters and the passing of time. Time hasn't been kind to him either I'm afraid.
"Mmmmm, he looks so young!" exclaimed Jenny when I later showed her the picture. Maybe it's a good thing he's gone after all. 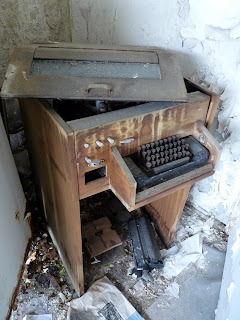 I'd hopped over the half-hearted barbed wire effort on the front gate and made my way in through the cellar. As is becoming customary, I'd no torch with me (I finally bought batteries on Sunday at Mauer Park) so I was relying on my camera infra-red to light the dark rooms. It didn't light much. I stumbled over debris, banged into overturned furniture and crunched on broken glass as I groped my way around in the darkness. I pushed open doors, peered around corners in the dark, half expecting a decayed corpse to suddenly roll out in front of me.

My heart was in my mouth. It nearly shot out of my mouth when I heard voices upstairs as I was rooting through some files. Who the hell was that?! I waited and listened. They spoke again. A laugh. Then I knew it wasn't the Polizei. Or Saddam's henchmen protecting deep dark secrets. I continued rooting.

Most of the letters were in Arabic, so I'd no idea what plots they were divulging, what secrets they were sharing, whose ideas they were betraying. I should have paid more attention during Arabic classes. I stuffed a couple into my pockets and continued my search. 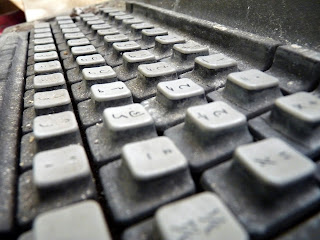 The 5,000 acre site belongs to the Germany but the Republic of Iraq has "perpetual and exclusive rights" (as is embassy etiquette) after being granted same by the now defunct GDR government.
The Iraqis now apparently have bigger fish to fry and look set to keep ignoring it from their plush all-Germany embassy in Zehlendorf.
"No comment," from an Iraqi spokesman.
Meanwhile, someone in the Berlin city planning authority: “It’s a matter for Iraq; there’s nothing we can do about it.”

The building was built in 1974 when Iraq enjoyed good relations with the GDR. It had been the first non-socialist state to recognise East Germany as a country in 1969.
Saddam Hussein even invited head honcho Erich Honecker to Bagdad in 1980, probably to discuss arms deals.
The East German National People's Army helped Iraqi preparations for chemical warfare, with Der Spiegel reporting in 1990 that four officers from the 'Chemical Services' of the NVA led a project until the early 1980s to develop chemical, atomic and biological weapons at a facility near Bagdad. George W. must have read that particular article. Or at least had it read to him. 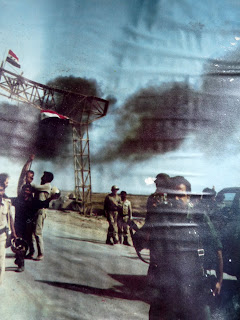 Saddam Hussein's policy included hits on political opponents abroad. Apparently the East Germans were happy for Iraqis to use East Berlin as a base for operations in West Berlin, and embassy staff could pass through Checkpoint Charlie as and when they pleased. Two were arrested in West Berlin following a tip-off on August 1st, 1980 as they were receiving a suitcase full of explosives. They turned out to be the embassy secretary Khalid Jaber and the head of Iraqi intelligence in East Berlin, Hay Ali Mahmood. They were accused of a plot to bomb a congress of Kurdish students in West Berlin, in Wedding, just up the road from me. The tip-off came from the Syrian Intelligence Service to the West German Bundesnachrichtendienst intelligence service (BND). Apparently. 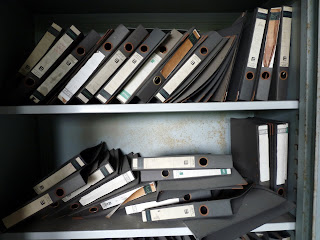 Reports of large amounts of weapons and explosives at the Iraqi embassy in Berlin were confirmed by the GDR Interior Ministry in September 1990 when it was placed under watch. Iraq was already a month into the first Gulf War after invading Kuwait, and then German reunification took place in October. (Unconnected events.)
The new all-German government, no doubt on its best behavior and keen to kiss arses across the Atlantic, ordered staff out of the embassy in January 1991 while the first Gulf War was coming to an end. It's been abandoned ever since, stuck in a bureaucratic tied-knot which I hope won't be untied for a long time to come. It's absolutely fantastic! 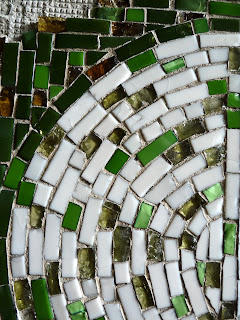 How to get there
Get the S2 S-Bahn from Friedrichstraße to Pankow, and then get either the M1 tram from there to Tschaikowskistr. or the 155 bus to Homeyerstr. Here's a map so you can figure out where to go from there. It ain't far!
You could also cycle which is the best way to get anywhere in this city. 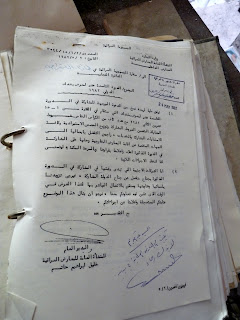 When to go
Daytime is best so you can see what the hell you're looking at.

Difficulty rating
6/10 Not hard to get in, but need to be on the lookout for police and nosy neighbours. Germans have an uncontrollable urge to ring people in authority when they suspect someone might be breaking the law, even if it has absolutely nothing to do with them. "Das ist verboten verdammte Scheiße. Ich muß dringend die Polizei anrufen!" 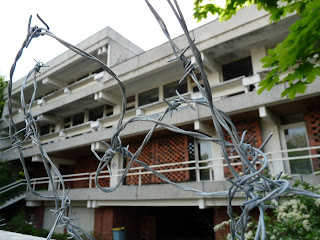 Who to bring
Like-minded explorers.

What to bring
Camera. Tripod if you want to be fancy about it. A bag to bring evidence home. And a torch. Bring a torch for Jaysus' sake. 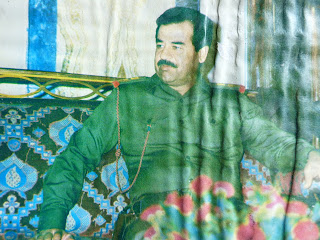 The aforementioned nosy neighbours are a pain in the arse, but the Polizei do respond to their calls. A first attempt to gain entrance a couple of weeks ago had to be called off when a Polizei Wagon parked outside actually reversed to see whet we were up to when we were nosing about outside. Use your discretion. 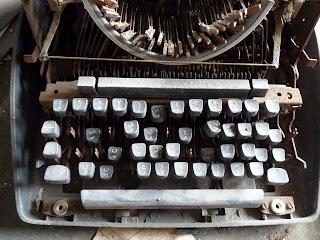 More wonderful pictures, despite the lack of tripod and other fancy equipment, can be seen here: Iraqi embassy pictures.