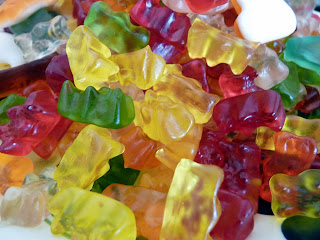 So Germany are going to win the World Cup. Mark wouldn't believe me when he visited from Paris last week, but there was conclusive proof in Bild today with no less than ten reasons Super-Jogi's sidekicks would be bring the trophy back to Berlin.
"We'll blow everyone away!" was another of my translations, along with Beckenbauer proclaiming Mesut Özil as good as Lionel Messi. The rest of the tournament is simply a formality at this stage.
Some things are lost in translation however. Black, Red and Horny isn't quite what was meant by "Schwartz, Rot, Geil", a humorous reference to the German flag. Although with Bild you never know I suppose...
There has been real coverage too. My first Bild byline came yesterday when Indomitable Lions were actually domitised, and there was another today when I covered Ronaldo's scoreless stalemate with the Elephants. I think it's great the way they've opened up the competition so all species can take part. 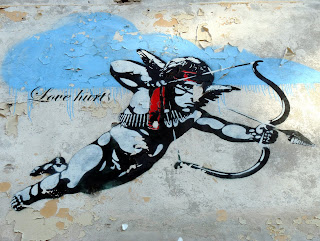 Meanwhile, my in depth analysis and expert opinions are still being broadcast on Young Germany. In my latest offerings I've lauded Jogi Bear's qualities and explained how many of Ireland's finest sporting achievements have been defeats suffered by England, revealed the folly of giving the captaincy to a Lahm (yes I know Lahm doesn't actually mean lamb, as if 'lame' is much better), and how the organisers made a balls of it before the tournament even started.
The latter was politically corrected so it's now a little Lahmer than before, but at least no sheep will have been harmed. There's just too much Löw in the air for that.
Labels: Bild Fußball Sheep work World Cup Young Germany