Banking on Sommer, skirts and bicycles 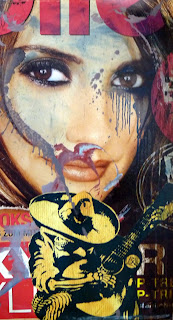 Sommer's arriving in Berlin tomorrow at 3.05pm. I heard it on the radio Monday morning and I've no reason to doubt it. These Germans are rarely wrong. In fact, I'll be pissed off if it's even one minute later. The weather's been absolutely Schieße, bad enough to consider moving back to Ireland for a bit of relief, but from tomorrow it's sunny all the way with temperatures climbing up to 30°C!
It's been a long time coming, much like Germany's Eurovision win - ["Lena we love you! You're simply the best! The whole of Europe likes us now! We're finally in a good mood again!" So said the cover of Bild on Monday. Yes, I'm still working there.] - but finally now we can look forward to Biergartens, Schwimmbads, endless Grillen im Park, FKK at the lakes and of course skirts and bicycles.
I have my own bike back just in time. We'd been separated for the last 18 days while it was at the Bicycle Hospital on account of a broken chain. Apparently it was quite a serious operation - they were waiting ages for doner parts - and even oil transfusions were called for. I'm as much attached to it as its parts aren't, and I quickly realised how dependant I'd become. Suddenly it wasn't simply a matter of just going somewhere, and despite travelling mostly without a ticket, I still spent a fortune on U-Bahns and S-Bahns, while the constant stress from being on the look-out for inspectors is something I'd rather do without. So I'm delighted to be finally back on two wheels. Although I won't be wearing a skirt. 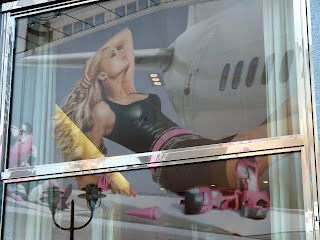 I have a phone that actually works now. Long story, but I'd to buy a real phone from a real shop after the one I'd bought from Ali on the S-Bahn platform under cover of darkness turned out to be as dodgy as he was. Yeah yeah, hilarious. Serves me right and all that. A planned sting operation to meet him again under pretence of buying a different phone didn't go to plan when he suddenly changed his number. Perhaps a good thing in hindsight.
I also finally now have a German bank account after jumping through more hoops than a lion at the endurance circus to get it. It only took since last September due to all the forms which needed to be filled out, boxes to be ticked, proofs of ID to be proved, and 74 trips hin und zurück to the post office. After being refused by both ComDirect and DKB, finally ING-DiBa granted my wish. (Banks have the weirdest names in Germany.) My cards arrived a couple of weeks ago, along with enough pin numbers to cover all possible combinations in the National Lottery. 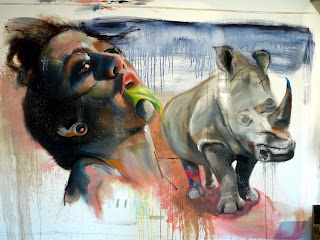 Straightaway I contacted Bank of Ireland to cancel my Irish credit card after noticing the €30 annual tax charged by the government for having such a luxury. It was promptly informed I'd have to pay another €30 to do so - the tax for next year too - but that after I'd done that I could simply change my status to that of a non-resident to avoid paying any tax at all. Again, it seems offshore accounts are the way to go to avoid paying taxes, a fact not lost on Irish politicians down through the years.
Meanwhile, the clowns in charge now are pouring unlimited taxpayers' money into the black hole that is the banking system. According to friends and family reporting from the crime scene, the country is ruined. Thank Jaysus der Sommer is finally here.
Labels: banking Berlin Bicycle FKK Ireland Life weather