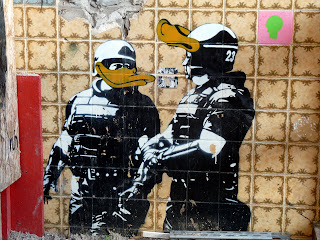 Bidding adieu to my teletubby colleagues was harder than I thought. Despite the work itself being the most soul-destroying and demotivating I've ever had the misfortune to have to get up for, my colleagues had done all they could to help the long days go quicker. We laughed a lot, probably more than we should have had, or more than we would otherwise have had if we hadn't gone crazy from the incessant pestering of people through what felt at times like phone terrorism.
For exactly eight hours everyday I would ring people who did not want to be rung, speak with people who had no intention of being spoken to, and try and sell them things they had absolutely no intention of buying. One guy who'd obviously been receiving hundreds of these calls practically cried from exasperation when I called too.
"Please, please stop calling me," he begged. I hadn't even a chance to tell him what I wanted.
At least I managed to get through to him. Most were in never-ending meetings, on long term holidays, deaf, dumb, dead or otherwise unavailable, with incredibly bitchy receptionists taking perverse pleasure in their bitchiness. Others just hung up, slamming phones down with maximal eardrum-damage in mind. The Italians were the worst. "Pronto!" they'd shout when answering the phone, before slamming it down as soon as the first words in English. Pronto my arse. The French were the bitchiest while the Russians didn't answer the phone at all. The Spanish took four days to find out who it was you needed to speak to, but at least they persevered. 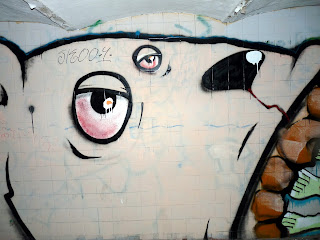 So you can see why we laughed a lot. It was either that or cry. Misunderstandings among an international mix of people lead to some hilarious conversations.
"Can I speak with Mr. So-and-so please?"
"Sorry no. He's in the States."
"He's in a state? What's wrong him?"
Or asking someone to speak louder only to be told there's no one by the name of Louder working there. Or the best one, when one of my team members unwittingly rang a company and asked to speak to Queen Margherita after confusing the person's name with the address. They weren't saying pronto after that.

It was hugs all round when I was leaving. Alexa, my boss, seemed sad to see me go as did the others who will no doubt miss the slagging and non-work-related entertainment they received. A good bunch of people. So it wasn't all bad - I was lucky to have made some telebuddies while I was there.
Labels: work