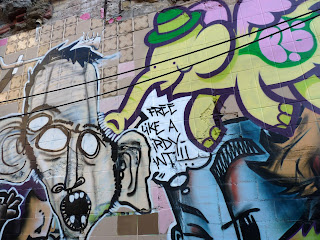 Things are afoot, so many I can't count them on my toes so really I should be telling you things are afeet.
I quit the job yesterday. But I'm leaving my ill-suited employment to get back into journalistic waters. I'll still be wearing ill-fitting suits, but I'll be doing so in the offices of Bild. Bild! Yes, I know, Germany's trashiest newspaper but one loved by the nation (not by Greece), read by 12 million people everyday and a newspaper all the same. I won't have had so many readers since my days with the Gorey Echo.
I'll be translating articles from German to English for Bild's English-language website, and contributing a few other wordy marvels of my own on the upcoming World Cup. Working for Erdnüsse but I will be getting paid (in itself quite an achievement in Berlin), using my German, and - most importantly of all - earning a living in the world of words once again!
Labels: Bild Journalism work