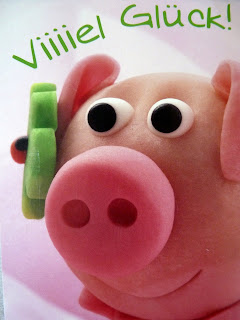 Last weekend I'd the privilege of attending a Jugendfeier, a strange custom which miraculously transforms kids into adults and adults into kids over the course of a few hours' eating wie Schweine, drinking wie Fische and dancing wie Verrückte.
"It's the second-most important custom after a wedding," Jenny told me as we were on our way out, after I'd asked her for the 40th time what was going on. I knew something serious was brewing as she'd told me to wear a shirt and my pointy shoes, on a Saturday.
Everyone else was dolled up to the nines too, shiny dresses and collars all round, so I was glad I followed her advice. Relations had come from far and wide to take part in the "celebration of youth" of her brother Koko and cousin Cay on the day they became men (despite being only a few hours older at the end than they were before). Tenuously-linked family members were all re-introduced before we were given Sekt (German champagne) to toast the speeches. 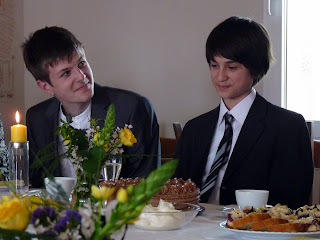 Jugendfeiers are wisely celebrated without the involvement of the church, an East German alternative to the Christian confirmation, so participants get all the benefits of a rip-roaring party, and the kids loads of presents and cash, without anyone having to sit through a long boring Mass.

They are not to be confused with Jugendfeuer, when bad children are thrown on huge bonfires and burned on Walpurgisnacht. (Coming up on Friday. Probably too late for postal deliveries now, but you can still get some good deals on bad kids if you know where to look.)

Thankfully the speeches were short and to the point; not the kind of drunken ráméis you'd expect at an Irish wedding. Proud fathers and tearful mothers, their babies no longer babies, promptly proved when Koko gulped down his Sekt before we'd time to clap. I guess the pressure of the occasion got to him. 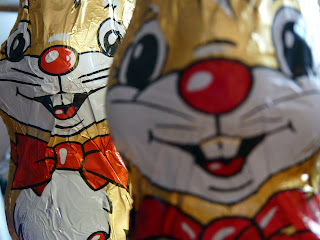 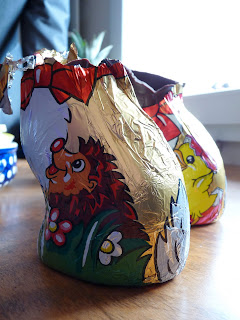 The obligatory Kaffee und Kuchen were wheeled out. (No German occasion is an occasion without them.) Enough cream cakes, titillating tarts, cheesecakes and chocolate delights to satisfy 600 desperate sugaraholics. I didn't know where to look as my eyes devoured all around me. My belly wouldn't cooperate though and I could only eat two pieces, no matter how tempting they all looked.

I was thankful I didn't make a pig of myself as I'd ample opportunity to do that later when Abendbrot was served. I've never seen so much food! Enough to feed a particularly hungry army after a particularly harsh famine. A whole bank of tables overflowing with delicious dishes, more than the eyes could actually take in. My mouth's watering now just thinking of it. 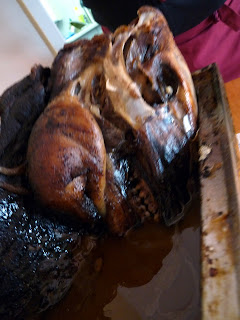 Then the Stück des Resistenz... Wildschwein! A whole wild boar wheeled in to great fanfare and excitement, stewing in his own juices, the smell simply heavenly. Jesus the smell!

Oddly, his teeth were bared as if he'd just contemplated England winning the World Cup, but I wasn't thinking of that when I was tucking into him with gusto, any sympathy I felt for the poor fellow dashed in gourmet piggy pleasure. I even went up for a second helping and was sorry I couldn't fit anymore. No chance of me becoming a vegetarian. Jaysus it was delicious.

Of course I couldn't move at all after all that, not to mention the unlimited Bier on tap, and requests to get up and dance once the disco started were lamentably turned down on account of a boar-filled belly.

I was more than happy to observe however, as 70s and 80s hits accompanied some of the best dancing I've ever seen. Ausländers will sneer that Germans can't dance, that they simply throw their arms and legs about without any sense of timing or rhythm, but it is precisely this quality which makes it the best dancing of all; the most basic and primeval, the one closest to nature, and certainly the most fun. I'd never considered myself a dancer until I came to Berlin when I was delighted to discover I could dance after all! The golden rule is to just do your thing and not to give a shit what anyone else says or thinks. 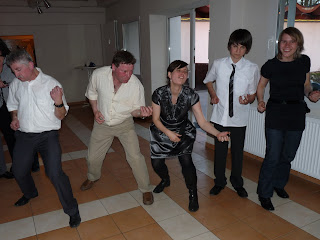 They certainly did their thing on Saturday, with Deep Purple and Led Zeppelin providing the soundtrack to a night of air-guitar, jumping up and down, arm swinging and serious headbanging - by the adults! One guy, with a mullet straight from the 80s (worse, from the German 80s) banged his head up and down as if trying to shake it off. Absolutely brilliant. It actually brought tears to my eyes.

For the Jugends, the highlight of this strange ritual was no doubt all the money and presents they received. They made a fortune! A neighbour even called around and gave Koko €20 - just like that! He made us sick when he announced how much he'd been given. 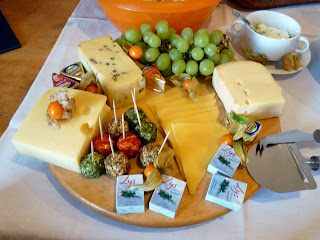 To that end, and because I never had my own Jugendfeier (not to mention the fact my youth is becoming increasingly subjective), I've decided to throw my own celebration. I mightn't actually bother with a party as such, but could drop notes in all the neighbours' letterboxes to let them know of the momentous event. I live in an apartment block, so if they all chipped in €20, I'd certainly go out later on and do some headbanging of my own.