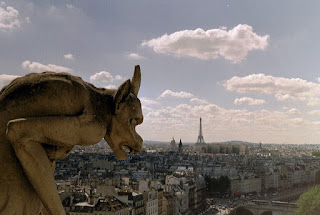 "Something French you'd like?" my latest visitor asked before she arrived. "No Barry's tea here, but I dunno, herbs, pff, no idea..."
"I don't want anything from France," I replied. But then, not to sound ungrateful, I added: "Maybe some nice cheese, but can't think of anything else."
Sonia arrived last Friday with enough cheese to make another moon. Tonnes of it! I don't know how she got through customs, let alone onto the plane with it. The airport dogs' noses twitching with fright. Tomme de Savoie, Brie, Roquefort, Etorki, St. Nectaire, Chèvre, Camembert, Tomme de something else.... all types of cheese, all shapes and sizes. She brought along some Parmesan and a brioche too, just for good measure.

I've been eating cheese all week, for breakfast, dinner and tea. Yesterday I thought I was going to explode after eating too much cheese before football training. And again today I'd lovely sandwiches. And still there's more to eat!
While still quite delicious, the problem now is the smell. It stinks! As soon as you open the door now the smell hits you in the face like a wet Corsican fish. It's unbelievable! I'm sure my flatmates are thrilled. (Perhaps it's no coincidence I haven't seen one of them all week. The other's a garlic junkie from Spain and probably can't smell anything anyway.) But I expect it's only a matter of days before the neighbours start complaining and/or the army is called in. If those airport dogs could smell it now (and they probably can) they'd go howling for cover, tails between their legs.
As I was chomping on some Tomme de Savoie yesterday, I remembered the words of Jean Baptiste, a friend despite always supporting the team I don't, and despite being French. He pointed out that while France was generally unsuccessful in military campaigns down through the years (always losing to the Germans for example), it still managed to expand and gain more territory.
Like a cuckoo slowly getting fat from treaties and negotiations, La République française has been better served by words after wars than by guns during them. 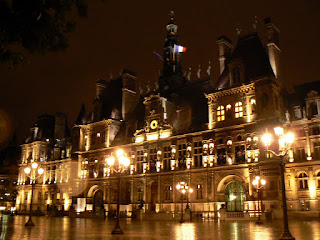 I've realised that this phenomenon has nothing to do with the ability of Marianne's negotiators, but with the mature cheeses she wheels out during the talks. One whiff is enough for a swift conclusion to favourable negotiations for La France.
It's no coincidence either that some of the most pungent French cheeses come from its border areas (Corsica being the prime example with a cheese smelly enough for a nuclear bomb). The smell wafts over the border forcing neighbouring countries to retreat, allowing the plump République to get plumper still. (Much like I'll be after eating all Sonia's cheese.)
Of course, French cheesing is a touchy subject for any Irishman and we don't need to get into all that again.
Labels: cheese France war