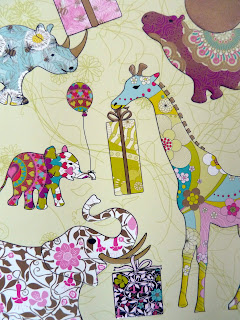 St. Patrick had the good sense to drive the snakes out on the same day I would later come to Berlin, so everyone in Ireland would be able to console themselves in my absence with copious quantities of drink. What a man!
Yep, yesterday I celebrated two years as a Berliner. Zwei Jahre! They flew by, slowly. It feels a lifetime ago since I left Rosslare Harbour with Dáire and Derval as we started our adventure across the sea. I suppose it was another lifetime ago. So much has happened since.
It's a milestone, and one which has been causing me lately to reflect on where I'm at now. Well, Berlin obviously - I know where I am - but I mean where I'm at in the whole scheme of things and if it's where I expected to be. Coming to Berlin I expected everything, nothing and anything in between, options galore and endless possibility. I've since learned to unexpect the expected. Everything's possible but nothing happens. When nothing's possible everything happens. Nothing's as it seems, isn't as it is. It's never as you'd expect, looks like you imagine, feels like it should or goes to plan. All what is isn't. Nothing which isn't is. Confused? So am I. But that's Berlin.
At least now I know what I want and exactly where I want to be. So I guess I'm not confused after all. Mal sehen. Who knows what the next two years will bring.
Labels: Berlin Life