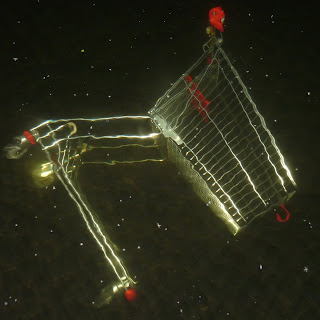 Waking to the realisation your team is no longer in the Champions League is a galling experience. Especially when you believe that team has a God-given right to win the damn thing every year. Especially this year, when the final takes place in your own front yard. The neutralness of waking gives way to the sinking of despair, hollow, empty, nothingness. Now we'll be watching Barcelona or an English team lift the trophy in the Santiago Bernabéu on May 22nd. I'm still not sure which is worse.
The French are to blame again, Lyon doing nothing over 90 minutes but score the goal which put them through. In the end they could have added another couple as Real went searching frantically for the two they needed to stay alive but then reality would have shown she doesn't exist. And she doesn't want that. So I guess she does exist after all.
And I'd been thinking of booking flights to Madrid for the final. Never mind the money, experiences are always worth more. But is wasn't to be. After scoring the goal Madrid tried tried tried but like the wolf huffing and puffing at the house of bricks they just couldn't score the second damn goal.
Damned French. Again I was outnumbered in the pub, thoughts of Henry's handball and the slam grand at Stade de France brought to the fore. This time will be different I told myself. But it wasn't. The wait for La Décima goes on.
Labels: Fußball Real Madrid