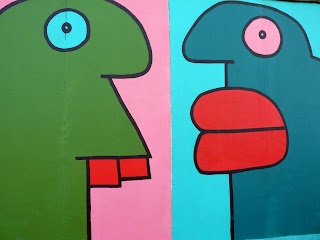 A wiser fella than meself once said, sometimes you eat the bar and sometimes the bar, well... eats you. I'm eating the bar before it eats me - I got a job. Believe your unbelieving eyes, I got a job! I sign the contract this Friday at 10.30am and start on Tuesday, March 16th, almost two years to the day I became a Berliner.
It won't be journalism but it'll keep me off the streets and stave off the vultures for the time being. Working for Roy Keane's employer, on less money but with more prospects, I'm going to be flogging conference places to insecure managers of companies with deep pockets, the deeper the better.

The company, Marcus Evans, arranges conferences on all manner of high falutin' affairs, bringing in speakers from NASA, Microsoft, Google and the like, to explain to lesser honchos how they can be as successful as them. Prices to attend one of these events hover around the €3,000 mark. As a Conference Sales Executive I'll be identifying business leaders, calling them, and explaining how a short term investment will unleash unlimited potential for them and their company. 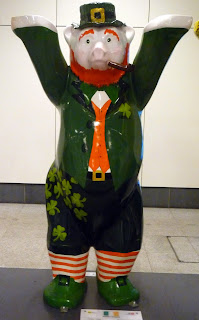 The pointy shoes did it. That first job I was offered over three weeks ago is still on the table for me, and I didn't need to be asked again. I'll be working in the swankiest office building I've ever stepped a pointy shoe in, above the Bentley and Volkswagen showrooms on Unten den Linden. Money is the decisive factor however. I'll be earning a regular wage for the first time in two years, not great at first, but with unlimited potential based on my success. (I'm believing my own hype now.)
About time too. Things were getting critical. I'd gotten to thinking the unthinkable; allowing advertising on the blog, going the Greek route and just ignoring the debts until someone bails me out, possibly even leaving Berlin, going to live a hunter gatherer existence in the forests of some warmer land.
Unfortunately, to make a career in journalism, you have to lick arses and know the right arses to lick. I'd been licking the wrong arses it seems. Fear not, I shan't be forsaking the blog in the name of this capitalist venture, but will continue to call myself a journalist a little longer. The only arse I depend on now is my own.
Labels: job Life work