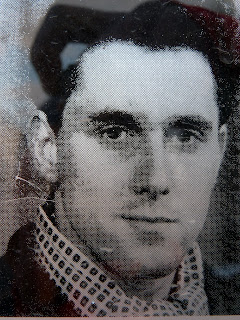 Günter Litfin was shot twice in the neck as he attempted to climb the bank out of the water. He'd jumped in to escape the shouting guards after being discovered near the railway bridge at Humboldhafen. His body disappeared under the waters and it wasn't for another three hours that it was fished out by the East German fire brigade.
The 24-year-old became the first victim shot at the Berlin Wall, murdered in cold blood 11 days after the border was sealed on August 13th, 1961. The bank he was attempting to reach belonged to West Berlin while the water he was in belonged to the East. Maybe he knew there was a risk he'd be shot. Maybe not. Either way he'd decided it was worth taking the chance. 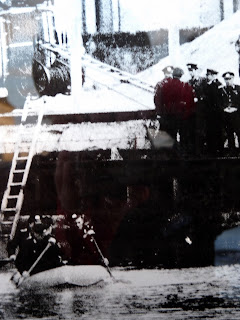 He was shot dead by some prick "following orders" no doubt. Günter was the first but he certainly wasn't the last. A figure of 171 victims is bandied about but a private initiative puts the number at over 1,200, all paying the ultimate price in their quest for freedom. 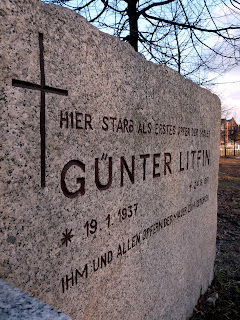 A simple plaque now commemorates the site where Günter was shot, just down the road, across from the Hauptbahnhof. It's the only sign there was a wall there at all. Hundreds of people pass by everyday, thoughts of border guards and deadly bullets far from their minds as they go about their business. It's thanks to the courage of Günter Litfin and the thousands like him who dared defy the powers-that-be that that they can do so at all.
Unfortunately he's just another victim of the stupidity of man. It would be nice to think such a thing could never happen again.