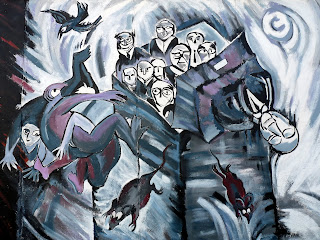 Unbefuckinglievable. I'm engaged in a struggle with my travel insurance company to try recover the $2,000 I had to pay to get home from Peru after our airline went bust. As you know already, they told me I wasn't covered for it as my policy didn't have "scheduled airline failure". Despite my paying almost €300 for four month's cover and despite a front page feature on the company's website which claims it is "one of the few travel insurance providers who offered SAFI cover (at no additional cost) with all its policies".
This last claim is made in the "Travel Feature of the Week" from December 20th, 2009, two days before Air Comet went bust, and which Columbus Direct still features on the front page of its website.

When we got back to Berlin, I wrote to say cancelled flights are covered (according to the paperwork they sent me). "Our flights were cancelled and are therefore included," I wrote. "I must confess I'd never even head of scheduled airline failure before this and suggest it is just another way for insurance companies to avoid carrying out their responsibilities."
I added: "I expect a full compensation because in this case the airline did not 'fail' but was rather shut down by the Spanish government."

I received a letter back asking me why, exactly, the Spanish government shut down Air Comet. A blatant time-wasting tactic as I had already furnished them with the news clippings on the matter, and I told them exactly that...
"I have to say I was surprised by your request for the exact reason the Spanish government shut down the airline Air Comet. I neither work for the Spanish government nor have any personal dealings with any members of same.
"I suspect your request is merely a delay tactic when it comes to dealing with my claim, and further suggest that you have exactly the same resources available to you to finding out the reason. I had already enclosed a news clipping from the internet to detail the nature of the airline’s closure.
"Moreover, I fail to see exactly what difference the Spanish government’s reasoning has on my claim. Whether it was simply a flight of fancy (pardon the pun) or the result of many late nights’ discussions sitting around a conference table ordering take-in pizza, the result is the same – the flights were cancelled. 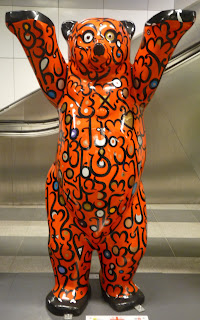 "Nevertheless, I did take the time to do your work for you, and after doing a google search, I was able to come up with the following which may shed more light on the situation for you:
'{Spain suspended Air Comet's operating licence on Tuesday after the airline filed for protection from creditors and laid off all of its 666 employees ... Air Comet said its troubles came to a head when a British court ordered nine of its aircraft to be impounded at the request of German bank Nordbank which said the airline had failed to make aircraft lease payments. Saturday's edition of El Pais newspaper reported that Air Comet could have kept going temporarily through mediation between the Spanish government and Nordbank, but refused, choosing to "ditch 7,000 passengers". Spain's Infrastructure Minister Jose Blanco confirmed the report, saying the Air Comet management had preferred to shut down operations ... Air Comet is controlled by Spanish travel group Marsans, whose president Gerardo Diaz Ferran is the head of Spain's employers federation CEOE. Ferran blamed the closure of the airline on the British court's decision -- which he called "disproportionate" -- as well as a drop in bookings due to the global economic downturn.}'
I found that information from the Bangkok Post at the following address: http://www.bangkokpost.com/travel/travelnews/163688/half-of-stranded-air-comet-passengers-rescued."

This morning I received an email from a certain Ashley Fernon, in which he wrote: "We kindly refer you to the General Exclusions of your policy, in which you will note that point 12 states: - 12. The insolvency of a travel agent, tour operator, airline, accommodation provider or carrier. It is with this in mind and owing to this exclusion, we will unfortunately be unable to proceed with your claim on this occasion."
Nice of him to highlight it in big friendly red letters.

I immediately replied to ask how Colombus Direct is not making fraudulent claims by continuing to feature the piece on its home page regarding free "scheduled airline failure" on all its policies.
The email bounced back! Spam! I sent it on again to the main company's main email address and again it bounced back, marked spam! Even with a different subject line (the original had just my claim number), it bounced back as spam. I sent a test email from a different email account and that went through. The fuckers obviously blocked my email address as spam so I couldn't write back to them! 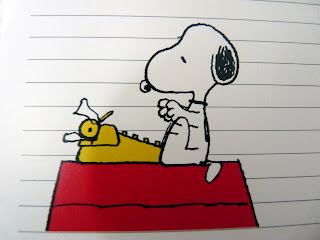 I immediately rang to demand to speak with Ashley Fernon. A premium rate number of course, and I'm ringing from Germany. Of course, your man was on another call, and the girl who picked up the phone "couldn't find" my file. She asked me to email him and assured me there was no way Columbus Direct would dare block my address as spam. She was unable to get him to call me back as she had to "put a note on the file" and she had no access to it.
"Can you not just write my name and number on a piece of paper, walk over to his desk, and tell him to call me back?" I wondered. Eventually she acceded, but I'm not expecting his call anytime soon.
Now I just have to find where to bring this matter further.
Labels: airlines Bad service insurance Rip-off