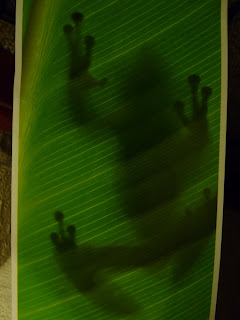 Bitte haben Sie einen Augenblick Geduld. What a ridiculous sentence. (Please have a blink of patience.) If it was just an Augenblick I wouldn't need any Geduld! But German telephone answering systems don't see the irony, presumably because their blinks are so feckin' long.
We're fast becoming acquainted, German telephone systems and me, as I continue my foray into 8.30 to 5.30 life. For precisely 16 hours already this week, I've been ringing all over Europe, trying to reach big wigs in big companies with big money to spend. The bigger the wig however, the harder they are to reach, and the bigger the company, the harder it is to find out who the wig is.
No sales yet then (apparently it can take weeks for the first one) but I'll keep at it. I'll persevere for my Fistful of Euros, and then again For a Few Euros More. Jaysus knows I need them if I'm to continue my cosmopolitan lifestyle. 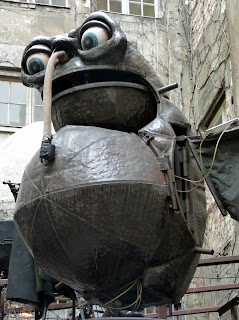 I may have nowhere to put them though. Last September I started the process of opening a bank account with ComDirect, an online bank. I'd to fill in a load of forms and post them off. Then I'd to go down to the post office with proof of ID. Then I'd to fill in more forms and send them off too. Then one of the forms I'd originally sent went out of date, so I'd to go to the Bürgeramt to get another. My very last €5 to get another proof of address printed. (The fact I was receiving their letters wasn't enough proof for the bank.) So I sent that off too. And as proof of my earnings I sent my 12 page contract for work.
You know where this is going. Yesterday they wrote back to say they regretted they couldn't "grant my wish" to open an account. They listed a list of possible reasons and signed off with freundlichen Grüßen (friendly greetings). The same day they proudly announced profits of €76 million for 2009.
Deutsche Bank posted profits of €4.7 billion last year, of which its head honcho was given almost €10 million.
Then we have the bankers whose ill-gotten losses are being bailed out by the same taxpayers they fleeced for years. Fuckers. All I wanted was to open a simple current account. So it's under the mattress with the monsters for my fistfuls.
Labels: banking work