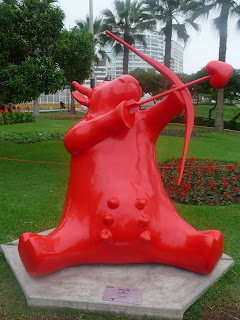 "Das war nicht so clever," the girl on the till said after I'd put the avocado in the same bag as the tomatoes. "Ich muß die Tomaten wiegen!" [I need to weigh the tomatoes.]
Jaysus sorry. I'll try be more clever the next time I come shopping at Netto. If I didn't have to balance everything on my head, I'm sure I could have kept avocado and tomatoes separate. Never the vine shall meet. (Shopping baskets are frowned upon in low-cost supermarkets in Germany. It's a trolley or nothin', so shopping is always a delicate balancing act. Only circus performers can shop here without severe discomfort.)
But I must say her forthrightness was refreshing. Germans say what they want when they want where they want; contrary to Peruvians who tell you what you want to hear unless it's the truth. Despite my shameful lack of cleverness, the girl did wish me a "schöne Wochenende" before I left. 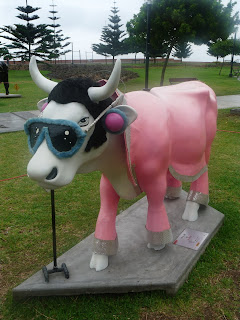 After running out of avocados and tomatoes a few days later I had to go back to the supermarket again. I was very careful and considered the possible repercussions of my actions before deciding on any purchases. A successful tactic. No insults this time.
Jenny was with me (just in case) and we got a tram home. I thanked the tram driver as we disembarked but instead of telling me I'm welcome, he asked: "Was für?" What for! Well, thanks for bringing us home and not crashing the tram or getting us killed. How about that?!
He'd obviously never been thanked before. Germans must take it for granted when they get on a tram that the driver will bring them home without crashing it and/or getting them killed. I guess growing up in Ireland one has somewhat lower expectations. 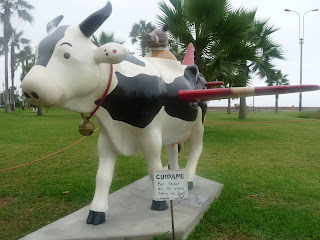 I didn't tell him of course that we didn't have a ticket, that we'd been schwartz fahren, and that we could have thanked him for that too. Travelling in Berlin is great like that. You don't have to buy tickets for the trains or trams if you don't want to. It's strictly optional; just hop on and go wherever you want. Of course, if they catch you you've to pay a fine, and unfortunately that isn't optional. Now that isn't very clever.
Labels: Berlin cows shopping