Some fucker is trying to con me out of €200. I need a new phone (again) and inquired about an advertisement he had on Kijiji.
"Sure. We have ten pieces left. Send me your order and you'll have it within 48 hours."
I asked him how I'd place an order, and for some details on his company. "I'm a bit wary of giving my credit card details to willy nilly to someone I'd never heard of before."
He told me not to worry, that he'd bring the package to TNT Europe, I'd receive an email from them, and that's when I was to go to Western Union to send the money to Claudiu Zamfir, Via Salaria 138, Rome, 00198, Italien. Once he received the money TNT would be authorised to ship the merchandise. "i am a serious person!" he added by way of reassurance.
Background checks revealed him to be the cheating thief I already imagined him to be, with plenty of victims venting their frustration and sharing their tales of being being ripped-off. Apparently this scam has been in operation a while. 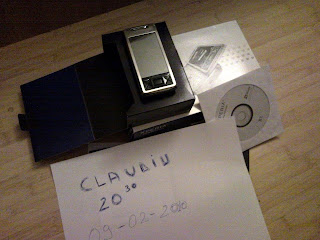 I let him stew a while, before asking him to send me a photo of the phone as proof. He went a step further, replying with a picture including his name and the time to verify its authenticity. Send it on so, I replied, curious to see what would happen next.
An email from "TNT Europe" arrived the next day with Purchase Invoice # 3995452211. Go to your local Western Union office and transfer the money post haste, it said. "When payment is received, it will be verified and secured into a non-interest bearing trust account. Payment verification process usually takes less than three hours. After payment is secured, the Seller is authorized to ship merchandise."
It was clear the email wasn't from TNT at all - after all, the email address was tnto@mail.com - but less cynical creatures might have believed it was.
A few hours later "Claudiu" himself wrote to say he'd sent the package and wondering if I'd received the email from TNT. Another email followed, and another, each more desperate than the one before. "Hello do you paid?? i wait your answer."
A desperate last ploy was made by "TNT" themselves again the next day: "We want to inform you that the package is in Berlin ... [please verify payment] ... Also please forward us your phone number to contact you in case that you will don't be at home. We remind you that all this information are confidential. The seller will be informed just after you confirm us that you received the package." 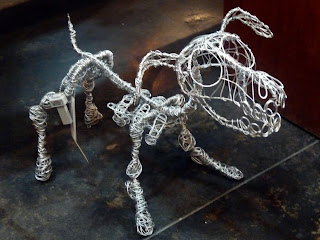 Instead I contacted the Berliner Beauftragter für Datenschutz who are supposed to act in such matters. I thought they'd spring into action seeing as your man was still waiting on my response, but four days later I'm still waiting on theirs. Nichts did I hear from them since. It's every man woman and child for themselves.
So we had The Con, but unfortunately it doesn't look like we'll have The Sting.
Labels: Berlin phone police Rip-off