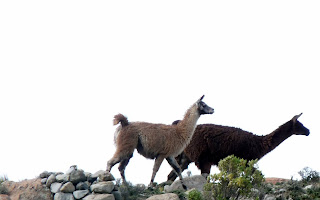 "We don't do discounts, we don't do last minute, and we don't help out customers from Air Comet!" So said the nice friendly woman at the LAN Airlines desk when we asked about flights home last night. It was $1,800 and not one cent less would they accept, especially from stranded customers it seemed.
We arrived at Lima airport to learn Iberia had availability to Madrid but no facility to sell us a ticket. "You need to go to our offices," they said after we had queued and waited for nothing. Their offices were back in the centre of Lima, a 40 minute cab ride away, and closed until this morning. Even if they wanted to sell us a ticket - although it didn't seem that way - they couldn't. In know, imagine expecting to buy an airline ticket at an airport.
KLM would bring us to Amsterdam for $1,459, or $40 cheaper if we bought a return ticket. "There's no way we're coming back," I told the woman
But we were really holding out for this "special fare" of $1,000, apparently made available by Iberia to stranded customers, so we decided to stay the night and go to the offices first thing this morning, bags and all, ready to go straight to the airport if need be. A queue of people waiting outside needed to be negotiated before we had to show passports to be allowed proceed into their offices. 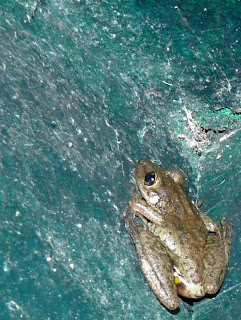 "They're doing all they can not to get our business," I told Jenny. Funnily enough, none of the Peruvians had to show passports, but were ushered straight through.
After waiting and waiting, while some aggrieved man vented his frustration over some alleged fuck up (whatever his problem was, I'm definitely on his side), the woman behind the counter finally spoke to us.
It didn't take long to learn there was no "special fare" available nor, indeed, any seats at all on their flight back to Madrid. "Why did Iberia write to me to tell me about this special fare if it's not available?" Jenny wanted to know.
Apparently all the "special fares" had been snapped up long ago.
I asked what percentage of seats had been made available at this rate, but she wouldn't answer. More than two seats on the plane anyway, after I persisted. But there was nothing the woman could do for us, and I suppose she has to deal with enough shit from disgruntled customers. 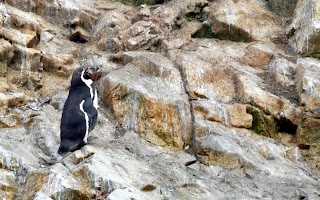 So we walked down to the KLM office, lugging our bags with us, to enquire about the flight back to Amsterdam. "It's sold out. There are no seats available," the woman said flatly, dashing our hopes. That was that.
So we're now in the internet café around the corner, where after searching through Momondo and Expedia we finally found flights through AeroMexico leaving tonight for "just" $939. We snapped them up. We're going home!
We'll have a long wait in México City (12 hours, but at least the food's good there) before getting our connecting flight to Madrid, but thank Jaysus, we're finally going home.

Pictures from our last day in Lima, featuring more cows, friendlier than the ones above, (even in Lima, the Cow Parade cows weren't stolen or vandalised like they were in Dublin*), can been viewed here: http://picasaweb.google.com/faheyc/LimaAndTheCows#

*From The Irish Times: In 2003, when Dublin hosted Cow Parade , an outdoor cultural art exhibition of decorated life-sized cows, the first 10 cows that were placed on the city’s streets were all vandalised so badly within 24 hours that the entire exhibition had to migrate indoors or to public spaces under surveillance. One cow was beheaded with a saw. Another was stolen. All had graffiti on them within hours. Cow Parade had run in many other international cities, including New York, London and Sydney and in no other city had the exhibits ever needed to be relocated.
Labels: airlines airport Bad service cows Ireland Lima