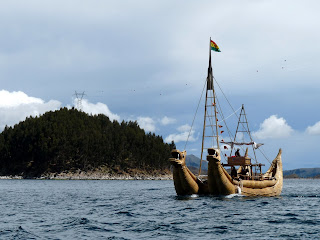 I wrote the following while travelling back from Bolivia, altogether a happier place where thoughts of flights, bankrupt airlines, insurance rip-offs and gross incompetence were still far away... well, apart from the latter anyway. In any case, it's a nice distraction from the current goings on.

Bolivia is damn high. The highest I've ever been has been in this country, 5,000 metres at one stage. I've cycled through clouds and discovered my nostrils aren't big enough to get sufficient oxygen at this altitude.

Of course, there are other ways to get high here. Coca is grown in copious quantities, as it is in Perú, much to the exasperation of the US government which blames Bolivia for its cocaine troubles. The coca inevitably finds its way from local fields to the toilet cisterns of the US, Ireland and Berlin; everywhere, in fact, a cistern can be found. The coca wars instigated by the US were ultimately responsible for the deaths of thousands of Bolivians and, conversely, the increased production of the drug. 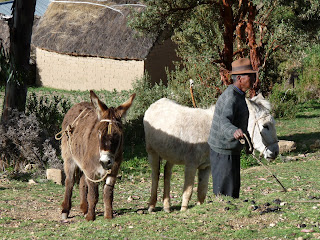 For the poor peasants of the Bolivian highlands however, coca is still a far more lucrative crop than coffee and economics dictate they must keep producing. A lot of them were offered money incentives to stop growing coca but of course they just took the money and kept producing anyway. So it is in Bolivia.

President Evo Morales is a huge fan of the coca leaf. Claiming to be the first Amerindian president of Bolivia, he has made the peasants' fight his own and has campaigned internationally to have the coca crop given the respect he says it deserves.

Cocaine itself is illegal in Bolivia, and it seems to be hard to procure given the amount of times I've been asked by desperate gringitos if I knew where they could find some "Charlie". 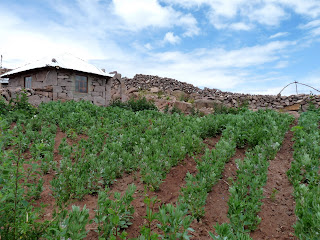 Coca leaves are not illegal however, and have held a prominent place on the locals' palate since 2500BC or so. They chew like cows with particularly tasty grass, chewing chewing chewing until their teeth fall out and what's left are stained a muddy black. Old folks generally have two or three teeth in a gummy environment stained black from years and years of coca chewing. Not only does it help with altitude (although you'd think they'd be used to that by now) but it alleviates the pangs of hunger and helps the chewer cope with working in very harsh conditions. It helps with everything apparently, and coca tea is also used to cure all manner of ailments. One can quite easily buy a big bag of coca leaves in any market for half nothing.

In Inca times the leaf was sacred, and the Spanish quickly realised that workers would be more productive if given access to the crop. They actually set up the first large-scale plantations. The miners of Potosí were chewing coca to beat the band when I was there. 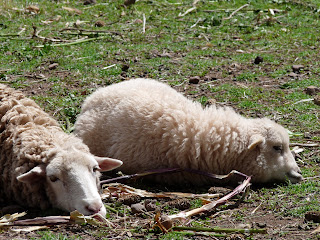 It is now possibly the most important staple for the average Bolivian worker, so while Bolivia is fighting the cocaine trade on a national level, it is also fighting its case on an international level for its beloved coca leaf. A conflict of interest if ever there was one, it remains to be seen how it turns out.
Labels: Berlin Bolivia Coca Cocaine drugs