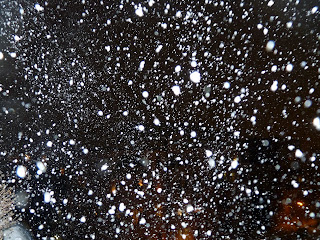 It's been too cold to write. It's still too cold to write but my duty to do so compels me to scrape the snow off my screen, hack the ice of my keyboard and jab down on it with my frozen claw for your entertainment.
I don't want to keep literally banging on about the weather, but I can't help it. Last Tuesday people were actually celebrating we'd survived the coldest night of the year after it dropped to an unholy -24°C the night before. (You'll notice the lack of exclamation marks. I've already become resigned to et kütt wie et kütt. It's too cold to be surprised anymore.)
Plastered on the front page of the newspapers, Hauptding on Radio Eins, it was a sensation. We survived! Woohoo! Crack open the Sekt! Only the Sekt wouldn't open because it was still feckin' freezin' outside. Sure it has reached 0°C briefly since (a jump of 24°C!) but it's hardly bikini weather is it?
Once the celebrations cooled off - it didn't take long - your wan on the radio announces the cold spell will last until March at least. March! But I guess after surviving -24°C, the rest will be a doddle. (Pictured is snow from my balcony at night. -7°C and more heavy snow to come.) 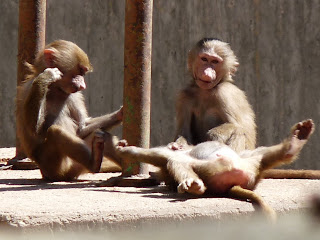 Things are afoot. (Bad grammar - things are afeet.) I've been attempting to address my dire financial situation with the acquirement of work. To this end I'll be dusting off my suit and hoping it still fits when I try it on again later on. My weekend was ruined translating news articles from German into English for Deutsche Presse Agentur and I'll find out if my endeavors were worthwhile this week. An interview also looms on Tuesday so I really hope that suit still fits. Further complications are presented by the lack of an iron...
Meanwhile I've already been enlisted to do the PR for a play called Shenanigans to open, appropriately enough, on St. Patrick's Day. You'll be hearing more about that in due course. I'm sure we'll promote it all the way from Friedrichstraße to Broadway where everything is entertained but thoughts of -24°C.

The astute among you will have noticed the appearance of pictures and links to more on the earlier posts from Perú. Uploading is a slow and excruciating process, much like Irish Rail, but eventually I hope to get there, unlike Irish Rail. I'll let you know wann alles ist geschafft. (You can learn German through osmosis on this site.)
I must confess taking guilty pleasure from the plight of tourists caught up in the landslides and carnage at Machu Picchu last week just after our own visit. It's always good to hear of others' misfortune and the near miss of same. (One of the reasons, no doubt, this blog has readers at all.) Of course, the rescue effort was a shambles but that merely adds to the Schadenfreude. 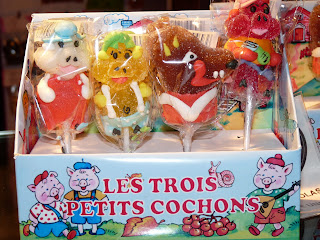 Meanwhile, the blog reached a milestone over the weekend with 10,000 hits and the 1,000th visitor from Germany! All enjoying regular doses of Schadenfreude I'm sure. Of course, it could be just one nutbag going from internet café to internet café. Either way I'm grateful and no, it wasn't me.
Labels: Berlin Machu Picchu Perú Schadenfreude Shenanigans snow weather work