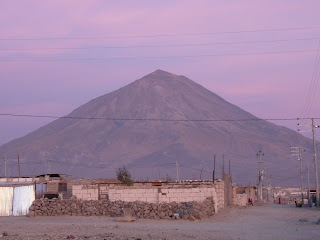 We escaped! We left Algae and her crabby daughter yesterday and now find ourselves living in a hostel in the middle of Arequipa until the 18th or so. It's a relief to be honest. No more bullshit, no more ridiculous rules, no more feeling you're playing your part in an elaborate candid camera set-up.
We left her a note, in which we explained the reasons for our departure. In it, I told to daughter to curb her lying habits ("It's not a nice trait"), and the mother to tell her next guest all her rules before he/she moves in. I told her again it would have been easier to simply tell us she didn't want us using the computer, rather than changing all the passwords and moving it, desk and all, into her room. I wished her luck moving it back into the living room. 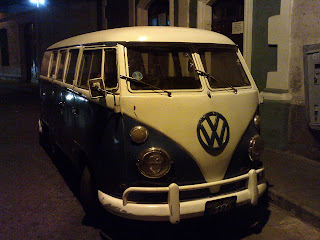 We found out on the last night we weren't to use the oven. It was the first time we'd used it, and the daughter came into the kitchen to tell us she'd just been speaking with her mother and would we mind not using it; it didn't work properly and was very expensive. Of course, she hadn't been talking to the mother at all, as we found out when she came home and had a hairy canary after finding the oven was still warm.
"You used the oven?! Oh! Please, don't use the oven. It's soooo expensive!"
Jaysus, we'd just toasted bruschettas in the damn thing.
That was just the latest incident. I hadn't mentioned that they hid the soap in the bathroom for fear we'd use it (anytime they forgot to do so, we'd wash our hands out of spite), while the shampoo and shower gel were also aways hidden, despite us having our own. Likewise, toilet paper was only for the family's use. 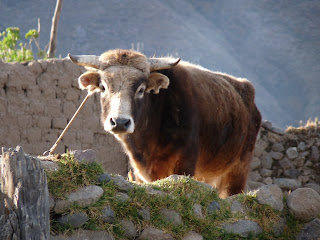 I finally got my photos from the computer, but only after fighting off even more excuses and insisting on it while the daughter was already using it. Such a hullabaloo! But it's all over now. Phew! Qué feo. Y qué pena.
Labels: Arequipa Life Perú