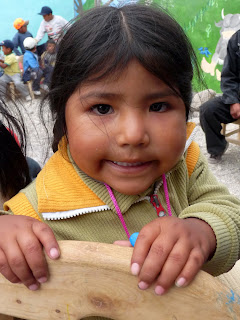 Parties should never start at 8am but the school Christmas party was scheduled for this ungodly hour on a Sunday for reasons which could never be justified, whatever they were. The head organising honchos who had suggested such an early start were an hour late, thus confirming its idiocy. Not a word of apology or explanation did they offer either.
The last time I had to get up so early for a Christmas party I didn't get up early at all, but defied the clock by staying out all night until the Silberfisch treated its customers to Yuletime drinks no one was in a fit state to consume anymore. Such carry on is apt in Berlin but a similar strategy this time around was out of the question. Jägermeister shots have no place at a children's Christmas party.
The kids were excited though, despite the lack of alcohol. Hair had been combed and faces washed; fewer snot-encrusted cheeks than usual; the smell of chickens not so pungent. That was until the parents showed up but I won't get into that again... 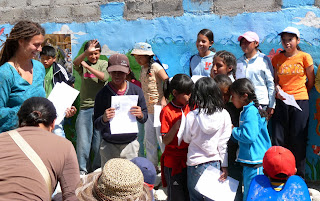 Thankfully the party was outside, the volcanoes Chachani and El Misti looming behind. All the chairs were brought out into the yard for the most un-Christmassy Christmas as the sun beat down from a cloudless sky. Jingle Bells, Rudolph The Red-Nosed Reindeer and We Wish You A Merry Christmas just don't do it when you're burning in the sun and your tongue's hanging out gasping for water. Still, it was a brave effort.
I got my students to read 'Twas the Night Before Christmas in Spanish - there was no way I was singing - and it's safe to say everyone was happy when they finished. 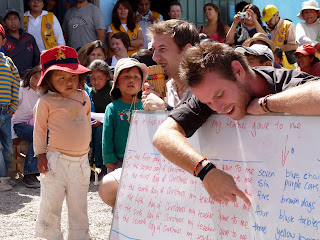 We had games and dancing, one little fella showing he's going to be a disco king when he's older, gyrating with his hands on his hips to much whooping and applause. Everyone got cake and hot chocolate before the local Lions club handed out the presents. It was the first time I'd seen any of them but they swanned in like they owned the place. Yuppies easing their guilty consciences. I shouldn't be so cynical - at least they have consciences - but they really milked it for all it was worth. 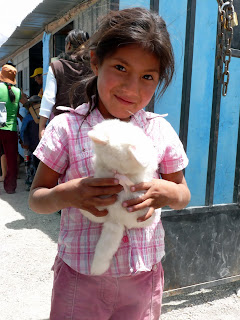 The presents were shite of course, but the kids seemed happy enough, proudly showing them off to me afterwards. I suppose they'll have eaten them by now.
We were thanked too, but I have the feeling the volunteers' efforts are more appreciated by the parents and students than by the powers that be. Julio's dad thanked us and gave a nice speech while the Guilty Yuppies presented us with crappy little Lions Club keyrings, absolute shite from a box on their front desk. I'm sure they had great fun congratulating themselves in the clubhouse later that evening.
Then it was time for the final goodbyes, to Julio, Luz, Liseth and Gustavo. All good kids. Apparently I'm their favourite teacher and they love me. 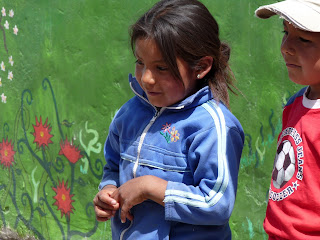 Whether it's true or not, it's always good to hear, and I really found it hard to say goodbye. "We'll see you some day," said Liseth. Yeah, some day. I hugged them all, told them keep going to classes, a final ciao, and that was it. I resisted the urge to take a last look back as I caught up with the other volunteers. Damnit, these goodbyes are hard.

All the pictures from the Christmas party (including me dancing!) can be witnessed here: http://picasaweb.google.com/faheyc/TheChristmasParty#
Labels: Perú School volunteering