The Nuns of Santa Catalina 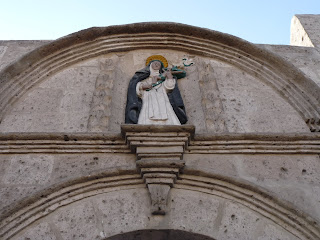 The nuns of the Monasterio de Santa Catalina used to have a great old time. Servants, slaves, parties, guests of the night; yep, these nuns really knew how to have fun.
The monastery was founded in 1580 by Doña Maria de Guzman, a rich widow who demanded all her nuns came from the very best Spanish families. These conveniently had to pay a hefty dowry.
Normally nuns are expected to live a life free from the material pursuits of lesser-humans; abstinence and poverty being the usual lot for your average nun.
Not for these nuns however; pleasure and opulence were the order of the day. Each had up to four servants or slaves for washing and cooking, (they didn't wash and cook the slaves; they weren't that bad), and they used to invite musicians over for sessions and legendary parties. 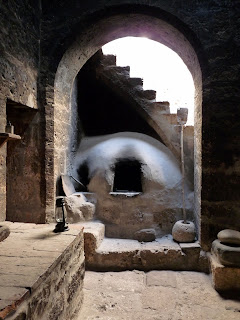 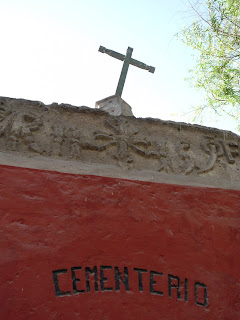 S/. 35 (nearly €10) from tourists to see the place, while the handful of remaining nuns are shuntied off to some far corner. They range in age from 18 to 80.
It's an interesting place to wander, a maze of passageways and hidden alcoves. While there we learned that a widow who became a nun lived there with her kid until she moved out to marry again. Bible studies forgotten in the name of love.
Another, Sr. Ana de Los Angeles Monteagudo, to give her her full name, was a great nun. She first entered the convent when she was three in 1598, spent most of her childhood there, came back, was elected Top Nun, performed various miracles including the curing of cancer, and lived to the ripe old age of 90 before she died in 1686. I'm sure she had nothing to do with all the shenanigans going on at the time. 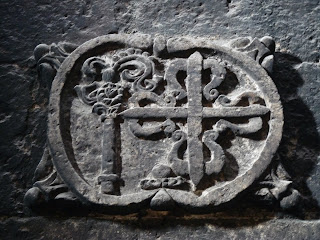 They didn't bother embalming her, because her body displayed none of the usual signs of death (decomposition and stinking I suppose) and when they dug her up again ten years later, they found her body to have been exactly as it had been buried. Still no decomposition or stink. Pope John Paul II made her a saint in 1985, as he did with anyone who displayed the remotest saintly qualities. Sure why not?
Strangely enough, no matter how hard I looked, I couldn't find any mention anywhere of the hellraising nuns from the convent's first 300 years. 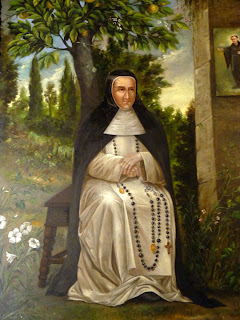 That part of the story was conveniently ignored. Erased from history.
Perhaps another of Sr. Ana's miracles.

All the photos from the Monasterio (even though technically it's a nunnery and not a monasterio de Santa Catalina) can be found here: http://picasaweb.google.com/faheyc/MonasterioDeSantaCatalina#
Labels: Arequipa Nuns Perú