Missing you a Werry Christmas 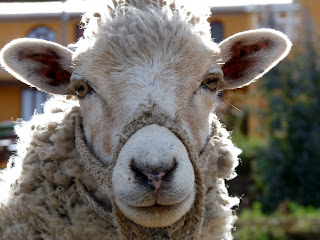 o it's a white Christmas in Ireland. Typical! The first time I haven't been home for it, and the snow decides to fall...

We're still at Lago Titicaca but we've made our way to its southern shores, to Copacabana in Bolivia. Bolivia! Too often in Perú I wished we were here already. We spent Christmas Eve and most of today on Isla del Sol, birthplace of the sun and the first Inca, more likely just gulls and frogs (the biggest in the world my uncle told me, although I haven't seen any at all so they can't be that big). I'll write more about the island in a future broadcast.

The Christmas feeling started catching up on me once we arrived at the lake last weekend. Probably because it's more like Ireland, rainy and cold - it's bloody freezing 4km up at night.
On our way to Bolivia we passed green fields full of sheep, plenty of donkeys, cows and pigs too. Little cottages are scattered haphazardly around the rolling hills. Certainly the most Irish part of South America.
Before that however, we spent a night at Taquile, a wonderful island unspoilt by modern annoyances like cars or even dogs. The natives were the nicest people I've met on this trip yet, definitely the nicest Peruvians, but enough on that, I'll revisit Taquile in a future post.

I guess it's hard to get into the seasonal spirit when you're on road and you don't want to get any presents because you'll have to carry them. Nevertheless, since we got to the lake, thoughts invariably turned towards home, to friends and family, people I won't get to see this year. 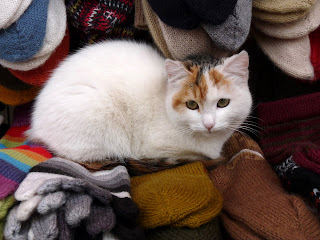 As I mentioned, it's my first Christmas away from home. I can imagine what I'm missing: Christmas Eve pints in the locals, the hangover at the yearly Mass the next morning, hyper kids getting their toys blessed, the toneless choir screeching through the carols, before Santa comes for a "surprise" visit after his long night's work, ho ho hoing up the aisle in his broad Wexford accent. The Christmas stroll, the commotion before dinner, the wine and brandies, the crackling fire, the smell of pine, presents, more brandies, and then up to Noddy's house around midnight to discuss the day with him and Sully. Poor aul' Noddy won't be there this year though - Australia is still coming to terms with his arrival - so I guess Sully's talking to himself right now. Yes it'll be a quiet Christmas in Whitechurch.
I'm sure trees in the area were trembling in the run up to it; but there wasn't going to be any Christmas tree hunt under cover of darkness this year. All those branches quivering without cause. 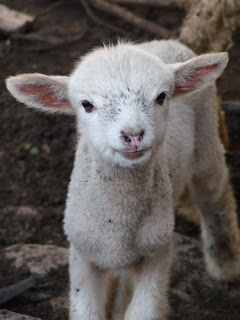 I've already wished you all a happy Christmas, and you would have read all this and more had my last message not been cruelly erased by a humbug Bolivian computer, but to be honest, I'd rather wish my wishes in person. Just for a day of course - Bolivia remains to be discovered! Feliz Navidad once again.

Pictures from Copacabana, which will be forever associated with not being Whitechurch at Christmas, are to seen here: http://picasaweb.google.com/faheyc/Copacabana#
Labels: Bolivia Christmas Ireland Lake Titicaca Noddy Sully