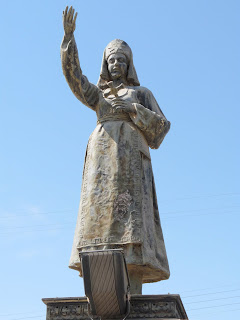 When the Spanish arrived in Chile, there was a native princess who who was such a bitch towards them, she became known as La Tirana (The Tyrant). After hearing of their plans to introduce Christianity to the people, she vowed to fight the intruders until every last one of them was dead, and it was this pledge and the deeds which followed it which earned her this name.
Legend has it that Huillac Humu, as she was known to her amigos, was an Inca Kolla princess who was brought on Diego de Almagro’s expedition south from Cusco in 1535. She slipped away along with 100 highly-trained Wilkas (Inca warriors) when they landed in the Atacama and for the next four years she waged war against the Spanish, declaring death to all and all those they baptised.

After one particular attack, her party captured Don Vasco de Almeyda, a Portuguese miner who they imprisoned and sentenced to death. La Tirana fell in love with him however, and told her people that the gods told her the prisoner must be kept alive until four moons had passed. This worked, but over the next four months, she began to neglect her duties as she went to see him every day. Her people got suspicious, and began to keep a secret watch on her. Soon they discovered her betrayal. 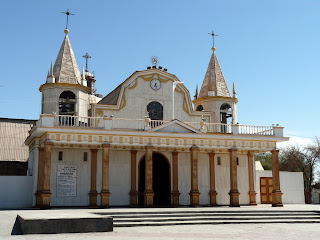 La Tirana asked her lover if they'd be reunited in heaven once she died if she too were baptised. Of course, he said "sure thing baby," and he proceeded to baptise her. Just then the door was burst down and both were killed in a hail of arrows.
With her last breaths she said she was dying happy because she would soon be reunited with her love. "All I ask is that you bury us together and put a cross over our grave."
About a hundred years later a priest, Padre Antonio Rondón, found a simple cross on the spot where La Tirana was killed. He built a simple chapel there, and this was later replaced by the building you'll still find there today, the one you see in the pictures. The town was then built up around the church 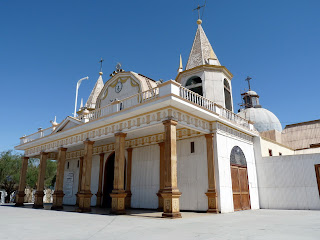 "It's a story of love and hate," Rodrigo told me as we drove to see it. His version of events was slightly more dramatic, with La Tirana's own father ordering her death on learning of his daughter's betrayal.
Every year on July 16th, up to a quarter of a million people come from all over Chile to this small town to pay their respects to La Tirana, to dance in wonderful costumes and to make offerings to her. It's meant to be a helluva party. All in the name of love.