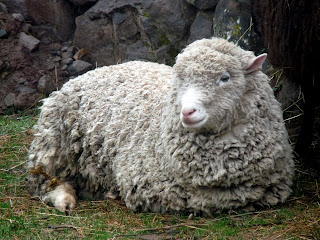 Feliz nuevo año de Potosí! Just a quick post to wish ye all the best. All the phones in Ireland and elsewhere are turned off it seems, so I guess everyone's in the pub, in a coma, or both. Hopefully both. 'Tis strange to be ringing people in another year, but I've always been accused of being behind the times.

Grapes are a big thing here (Bolivia still in 2009). Everyone's selling them and urging others to guzzle them at midnight when it comes. Jenny was no stranger to such a phenomenon. Apparently the Germans guzzle them at midnight too. So we had to buy a medio kilo for the quite outrageous price of B$10, and at midnight in Germany (7pm here), we ate one for each month of 2010, naturally wishing all the best for each one. I was starving at the time and just wanted the eat the damn things but after wishing our wishes my wishes eventually came through. Yum! 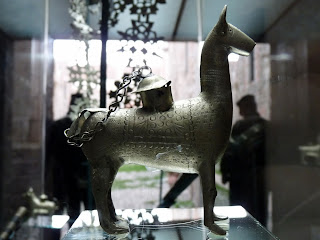 Now all that remains is to see how the Bolivians see in the new year. In a country where anyone, regardless of age, size, mental capacity or species, can buy dynamite (as we did today - more on the mines when I've a bit of time), it promises to go off with a bang!
Happy 2010.
Labels: Bolivia Ireland Potosí