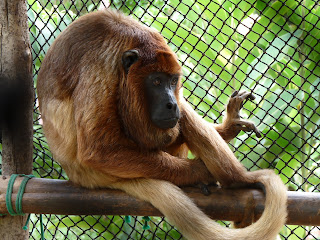 The latest banditos struck last night although thankfully they left empty-handed.
"¡Puta madre!" one of them uttered after failing to snatch the mobile phone from my hand. I had it to my ear at the time as Jenny was with the other volunteers and I was trying to find out where they were.
"Hold on Jenny. I'll call you back. Some fucker's trying to rob my phone." Just before, as I was walking up the street, I noticed some guy walking just behind me. Peruvians never walk as fast as I do so I noticed him straight away. He clipped my heel with his foot and apologised straight away after I let my annoyance be known. He slinked off.
I walked on, watching the shadows on the pavement to see nobody behind me. Phone to my ear all the time. Suddenly another guy walked into the back of me. "What the fuck?!" I spun around angrily shoving him back. "¡Disculpe, disculpe!" he offered.
That's when the other fucker struck, grabbing the phone which was still in my hand from behind. I tightened my already tight grip and he couldn't force it from me. "¡Puta madre!" He ran away, with the first heel-clipper beside him. I told Jenny I'd call her back before chasing after.
I caught up with them in the middle of Av. Independencia, two lanes of traffic on either side.
"¿Qué pasa? ¿¡Qué pasa?!" I yelled, my anger prohibiting any niceties. It was then I saw he was carrying a stick.
"¡Si, si! ¡Disculpe, disculpe, disculpe!!" Yeah right. The only thing you're sorry about is that you didn't get the phone. I pushed his head back and left.
On the other side of the street I noticed I was trembling. The shock, the anger, the excitement; I don't know. Emotions from the last bandito episodes came flooding back: Gavin's wallet in Madrid; the camera in Pamplona; jacket and money in Mexico; phone in Berlin. This time they didn't get anything at least, but the sense of loss remains the same.
Labels: Arequipa Bandito Perú phone theft