Not a rubble song... 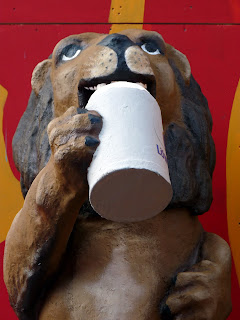 How mere letters can be jumbled together to form words which are then combined to form a journalistic marvel of such wonder, elegance and captivating inventiveness is truly a wonder in itself.
Readers of the Sunday Tribune were again treated to such a priceless nugget today when they opened the pages of Ireland's best weekly newspaper (shameless, I know) to feast their eyes on the fascinating background story of how the Berlin wall has been replaced with karaoke sessions.
I've been neglecting to mention Berlin in the blog of late, an unfortunate consequence of living in Perú, but I'm not modest enough not to share the following with the world. Yes I can still, as a very supportive colleague of mine pointed out, call myself a journalist for a while longer.
http://www.tribune.ie/arts/article/2009/nov/01/this-is-not-a-rubble-song/
Labels: Berlin Berlin Wall Ireland Journalism Sunday Tribune work