The crab who wanted to die 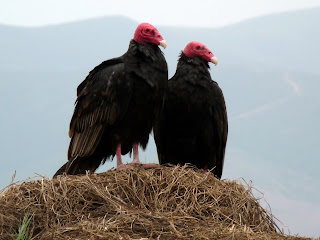 We find ourselves this Saturday night in Mejia, a ghost town beside the sea. The misleadingly-named Pacific crashes day and night along its magnificent beach, but that's about all that's going on.
An abandoned village with nothing to do and nobody to do it. We wandered around deserted streets this afternoon, wondering where everyone had gone. Nobody to be seen anywhere. Houses were boarded up, shops closed, restaurants idle, construction projects abandoned unfinished. We frightened the shit out a dog as we walked around the corner. He started after waking from a long restful sleep. Probably the first humans he'd seen in months.
Our hostel owner was delighted to finally have some customers. The last time anyone stayed at the Hostal Chunchito was November 7th. Feck knows when anyone stayed before that, or when the next guests will chance upon it and decide to stay a night. For S/.20 (€5) for both of us for the night, it's hard to see how they can make a living at all.
Only a few other lonely souls could be seen on the beach, abandoned to the waves and the gulls, speedy feckers who run around as if chasing the ends of their long pointy beaks. The sand is black, presumably from volcanic rocks spewed out long (or not so long) ago by the earth.
All along this black beach lie the bodies of thousands and thousands of crabs. Their bodies unrespectfully smashed and torn apart, their limbs scattered by the wind. So many dead crabs it was impossible to walk without contributing to the carnage. Crunch, crunch!
I noticed one of them still moving, just about, his back legs twitched gently as I approached. Feck it, I thought, I may as well save a crab today. I picked him up by the back, his legs scrabbling and claws snapping like mad as he tried to get at me or away.
As I left him back into the water and watched him being sucked back out to sea, it occurred to me that he had probably spent hours crawling out of the ocean, expending his last dregs of energy just to find a quiet place on the beach to die. And then some stupid gringo comes along and fecks it all up by throwing him back in the sea! I'm sure he was cursing me as the waves swept him back the way he had come.

More pictures of vultures and what's not going on in Mejia can be seen here: http://picasaweb.google.com/faheyc/Mejia#
Labels: Mejia Perú