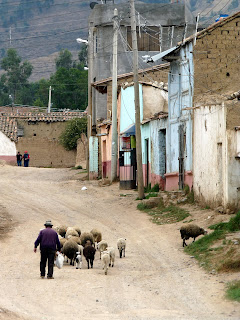 We'll be teaching the little Wankas of Huancayo until the end of the week. After that, we'll be making our way to Arequipa, Perú's second-largest city, to teach and help some other less-expensive kids. We found an organisation which doesn't charge for the privilege of working, and which seems to be more of a genuine effort to help people in need.
I get the feeling our efforts aren't really as appreciated here as much as our money is, so we won't be hanging around any longer than necessary. In Arequipa, we'll have to pay for our accommodation, but at least we can stay in a hostel of our choice. All they ask from us is that we're willing to work. As it should be!

The altitude sickness is definitely a lot better now. Either that or I just got used to the headache. One should never wander too far from a toilet however, although I'm not sure if that's due to altitude. An over-active digestion system is one of the symptoms, although thankfully not life-threatening. 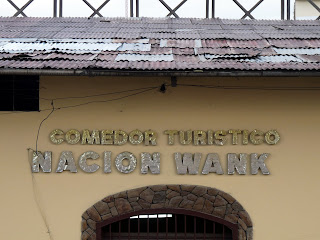 I've been trying to upload photos, but without success so far. I presume that can be blamed on the altitude as well. I'm sure once things calm down a bit I'll figure out how to cross that bridge.

I still have to write about Huancayo itself, and promise to do so before we leave. A little taster for starters: The name of the city, Huancayo, comes from the local people, the Wankas. They wanted the Spanish to know exactly who they were when they arrived in the 16th century. "¡Wanka, yo!" they proclaimed. (I am a Wanka.) The name stuck, and "I am Wanka" is immortalised now in the city's name. We should have known...
Labels: altitude sickness Huancayo Perú