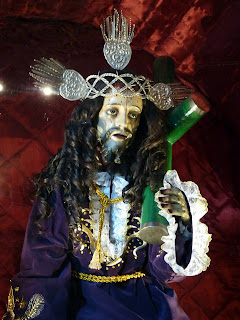 any people look to Jesus for advice and counsel, happy to spend hours and hours, days even, praising him, talking to him, asking him for favours. But yet he never answers. Very rarely in any case, and when he does they build a shrine and make a fortune out of tourists from it.

We met a different Jesus in Puerto Bermúdez. Very different. We didn't talk to him, but still he talked and talked and talked, telling us of his difficulties and the hardships he endures living in Perú. They haven't built a shrine to him just yet, (nor will they, I suspect), and for now he makes just a bit of money from tourists. For Jesús is the proprietor of the Alberque Humboldt, a refuge for weary backpackers to lay down their rucksacks and plan excursions into the jungle. As soon as we arrived he started, as if we'd removed a dam from which a torrent of complaints and misgivings could suddenly surge forth. "¡Ay, Perú! Un país impredecible," he declared. "Bueno es malo y malo es bueno. Noche es día y día es noche." 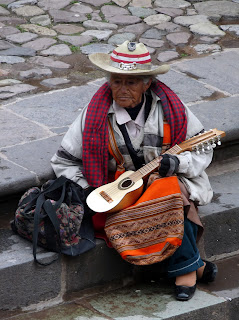 A Basque from northern Spain, Jesús had travelled the world, written books and articles, given lectures, even hosted a TV show, but now he finds himself in Puerto Bermúdez, a backward village with few facilities almost in the exact centre of Perú, with no apparent easy way of getting to or from anywhere else.
He explained that he had been living here for the last ten years, during which time everything was a fight, everything a struggle for existence.
Bureaucracy was his particular bugbear. Created just to make jobs and vice versa. For each job created by the state, there are five more created to add more paperwork to the process, he suggested.
"You wait and go to the first window to get your ticket stamped. They tell you to go to the next window. You wait, and they tell you to go to the next window. There they say you must come back the next day. ¡Ay ay ay!" Sounds spookily like Berlin. 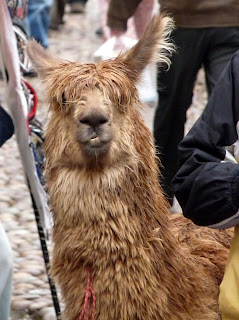 Jesús explained that there was simply way of knowing what was going to happen next. "At home, en España, you can plan your retirement. Here, you can't even plan what you're going to do for the afternoon!"
He suggested Perú was the most corrupt of all the South American countries. And there's some fierce competition there!
Despite it being the seventh richest for natural resources, its people have nothing. Shit roads (if any at all), intermittent water supply, haphazard infrastructure. (As if to demonstrate his point, that night we had no electricity at all. He cooked by candlelight, and we had no idea what we were eating.)
Education is a particular problem. Apparently 92 per cent of secondary school teachers don't even know the subjects they're teaching. I'm sure they know what they're supposed to teach, but apparently they suffer from a lack of training themselves. "La educación en Perú es el ultimó del mundo," Jesús pointed out.

"Perú no hay mierda," he blasted bitterly. "Nada. No roads, no water, no organisation. nothing. ¡Hijo de puta!"
Jesús' language was shocking. Everything was "hijo de puta" and "puta madre". If you thought my language was bad you should talk to Jesús. 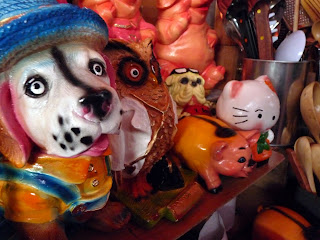 I asked him why he moved here at all. "En Perú no hay razones." He said it was better not to ask questions because there are no reasons for anything in Perú, no answers to any questions. "En Perú no hay razones por nada. ¡Puta madre!"
Eventually he said it was perhaps because he's mad. I told him that he isn't mad if he thinks he might be mad. He looked at me sceptically. (I wasn't sure about that one either, but felt I should say something.).
When Jesús wasn't talking to us, he was talking to himself. I suspect he may have been right after all. 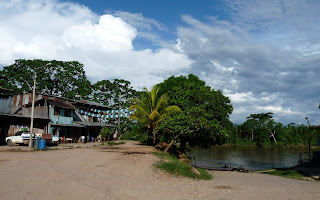