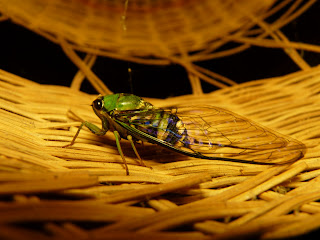 We're on the move again. The Amazon didn't live up to expectations so we're heading for the coast. Sandy beaches, penguins and the clear blue waters of the Pacific Ocean. Not sure if that means we can go swimming or what but we'll soon find out.
The return journey from Puerto Bermúdez was better than the hin Fahrt. No foul-smelling fowl, and the driver mercifully skipped over all the impaled goat arcade tunes. Nothing too exciting to report there.
We spent €100 on our Amazon sojourn, all in, so now we really need to be careful. Last night we stayed at the Hotel Chanchamayo in San Ramón, highly recommended in our guide book for "hot showers and cable TVs in the rooms". It had neither, but €3.50 said it was good enough for a night.
Once we threw the bags down we noticed the room smelled like a zoo. The bed steeply inclined towards the middle, making for an alpine sleep. The room itself was filthy, but what the hell, it was just for one night...
Furious scurrying and yowling from above woke us up in the middle of the night. "¡¿What the fuck is that?!" More screeching. Then a huge crash as something heavy fell over, either in the room next door or in the roof above. More yowling. "It's cats fighting." I hoped it was cats fighting. "Ratten," Jenny replied, confirming the worst. ¡Rats! Jaysus, what next? Debris from the ceiling fell onto my face as the scurrying continued above. 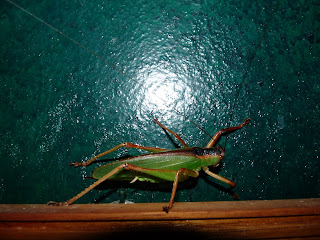 At least I hoped it was debris. It felt suspiciously like a flea.
My whole body itched as I could feel little fuckers biking, sucking, gnawing. Christ, I was being eaten alive! Meanwhile the commotion continued above. Better fleas than rats I suppose. I went back asleep, clinging to the sides to stop rolling into the centre.
"Now we know what the stink is," Jenny said cheerfully in the morning. "It's rats piss." Hmmm. Good to have that little mystery cleared up. At least now we now what smells to keep a sniff out for in future.
Labels: Amazon bugs jungle Perú rats