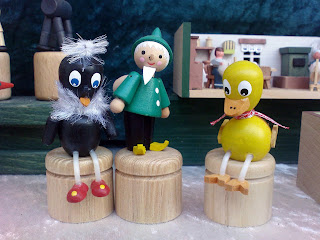 It's time to leave. Less than 12 hours to go. There are mixed feelings to be honest. I could quite easily stay. I finally landed a bit of work (work ironically I had no time to do. I'll have to write en route); I'm finally starting to feel my German is reaching a respectable level; and it was very hard to say goodbye to the Theresas Mütters and the other friends I've made and become closer to here.
I won't find it hard to say goodbye to the bureaucratic small-minded bullshit of Germans behind desks, the pettiness of the motorists who I've established are all arseholes, or the bell-happy cyclists who aren't much better.
I certainly won't find it hard to say goodbye to Umzug after Umzug after Umzug, or the running around like a headless chicken with a grenade up its arse.
I certainly won't be sorry either to see the back of Stefan "The Leech" Solicitor, whose latest letter arrived today. This time it was registered and threatening all sorts of legal action if I don't cough up the €100 he wants for doing nothing back in June.
Leech is actually a compliment for that fucker. Extortion and blackmail is all it is, but he won't be getting a Pfennig from me. I'd sooner go to prison. Apparently he reads the blog, so he'll probably take that as encouragement to threaten further legal action.
My Zwischenmieter would certainly be happy if I went to prison - she needs a place to live for two months after we get back. Hédi, who I'd mistakenly been calling Heidi, will be looking after my strawberries while I'm gone. She and all the other Swiss I met since I wrote all that bad shit about them last January have done wonders to help me change my perceptions. I don't think even Perú will help alter my perceptions of solicitors. 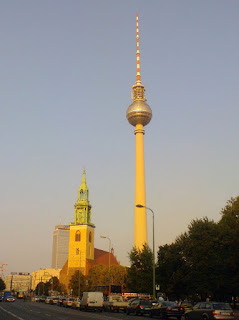 So this is the last broadcast from Berlin for at least four months. I guess it's good to leave on somewhat of a bad note. More of an escape. But now I've to run out the door for more Auf Wiedersehens. People are already waiting in the Kneipe my angry mobile phone is telling me. I've a feeling I won't even be allowed the bad note to leave on.
Labels: Berlin Law Life solicitor Theresas Mütter