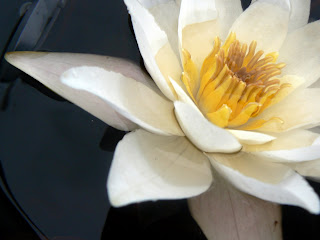 I feel I didn't do Sweden justice in the few words I wrote about it when we were there. To rectify such a lamentable situation (caused primarily by a surprising lack of internet access) I want to add the following words which I hope will give a more accurate reflection of our time there.

I never mentioned that we slept on wild rucola a couple of nights. (This in the same campsite infected by the clog-hoppers/Käseköpfe I mentioned already.) In the morning we collected blueberries, mountains of them, for breakfast. 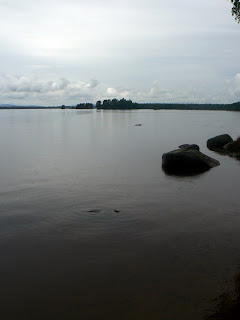 I never mentioned the front-door glass patterns made by the drops of rain as we paddled along the lake. No longer fashionable it seems, when I was a kid everyone in Ireland had doors with patterns like these. Probably another inspirational Swedish design, brought about after hours and hours of canoeing through the rain and getting nowhere. Normal people think about the lovely dinner which awaits them when they finally do get home. Swedes, on the other hand, think furniture design.

I never mentioned the drops turning silver once they hit the surface of the lake. Tiny silent silver explosions. Little sparkles glittering across the lake. No Irish door had a design like that. Anything so beautiful in Ireland would of course be destroyed by jealous neighbours in a matter of minutes. "Who does your man think he is with his fancy door?!" 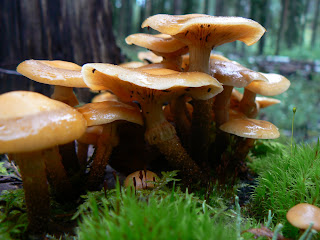 I never mentioned the commotion caused by badgers at Paul and Anna's place one night, or that Jenny stood in badger shite the next morning. I'm sure that has to be good luck. Something sort of exotic about standing in badger shite I think.

The ICA. A dreaded organisation in Ireland known as the Irish Countrywoman's Association. In Sweden it's a supermarket. It still brought terrifying memories flooding back of biddies nagging, moaning and complaining of petty little concerns of no concern to anyone to themselves. I never mentioned that. Nor should I. 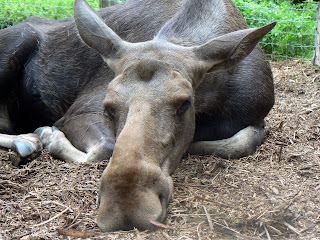 The Swedes are lauded for their inventiveness, but I've come to believe the opposite is in fact the case. Uniformity is the order of the day. They all had the same ringtone on their phones (it would of course be the same as mine). They all wear the same clothes, have the same haircuts, drive the same cars.
Power of numbers and collective opinion has helped them convince the world that their designs are the best, their fashions up there with the most cosmopolitan. It's precisely because it isn't fancy, that Swedish designs are so lauded. Simplicity is key, a happy coincidence for unimaginative Swedish designers.

I guess they learned their lesson on August 10th, 1628. The Vasa warship was supposed to awe the world when it was launched from Stockholm harbour on that date. It was one of the most fancy boats ever made, with wonderful designs, carvings and ornate images. Big-wigs and dignitaries from all over Europe were invited to share in its glory as it left the port. 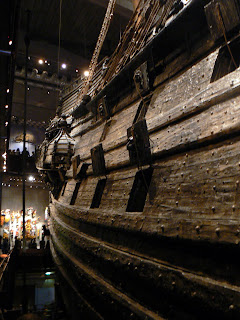 It promptly sank. The idiots would built it spent more time making it fancy than making sure it could sail at all. Much to the embarrassment of the Swedish royalty, the floating piece of art couldn't actually float properly, at least when there were waves, which are of course plentiful at sea, as most sailors will tell you.
Never again was anything fancy made in Sweden.

Still, you've got to hand it to the Swedes for making a success of failure. The Vasa was hauled back out of the sea in 1961 and a museum built around it. It's now Stockholm's most popular. Maybe it was all part of the 350 year plan.
Labels: Sweden