It's decided! Dates determined, destination chosen, project picked, flights booked! It's Perú! We're leaving for Lima on September 22nd, arriving in the Peruvian capital no doubt to ask ourselves, (not for the last time I'll bet,) if we're really sure we know what we're doing. 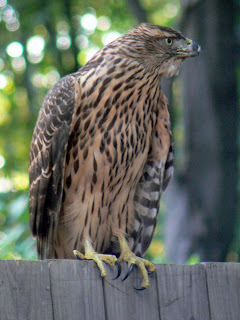 After all, it will be the end of January before we're back!
From Lima, we will make our way to what will become our hometown for the next four months, Huancayo, smack bang in the central highlands of Perú, a city with over 300,000 people living more than 3km above sea level in that majestic spine of South America, the Andes!

I found out yesterday the city was originally home to the Wankas. Wankas! I kid you not. They were driven out by the Incas who in turn were out-Wankaed by the Conquistadores. Huancayo's still called Wankayu in Quechua, the indigenous language. The locals evidently have a good sense of humour so I'm looking forward to meeting them. I just hope we never need to ask for directions. "Can you tell me the way to Wankayu please?" How are you expected to say that with a straight face?!

The project we'll be working on is for a crowd called Carisma Perú. There we'll either be teaching, or acting as "teaching assistants" for the local Quechua kids in a school or possibly an orphanage. God help the little Wankas. They don't know what they're in for.

To be honest I don't really know what we're in for either. It promises to be quite an experience but a lot of details are still up in the air (as indeed we'll be when we get there). "Welcome ... see you in October," was pretty much all we heard back from the organisation when I told them the good news yesterday. Nothing about accommodation, transport, where exactly we'll be working etc. So we'll see. Maybe the project isn't quite finalised after all.

For me there's been an internal struggle the last few weeks as I ask myself whether I could justify taking four months out to help kids in a country I've never even been. Sure, it's a worthwhile thing to do, but I ask myself; how worthwhile? Is this the best thing I can do?
A scepticism comes from not knowing whether I'm maximising my potential, and whether or not my efforts will really have made such a difference to the lives of other people. I believe there's no such thing as a selfish act, and it's ironic perhaps, that selfish motives such as the promise of a great adventure ahead have helped me decide in a favour of unselfish ones.

We'll have a couple of nights in Madrid on our way over. It'll be Real's last chance to sign an exciting winger in his prime. I'm sure Theresa's Mütter would be happy to let me go for the price of some new jerseys with numbers on their backs.
But then, I've already made a promise to the little Wankas of Huancayo...
Labels: Perú