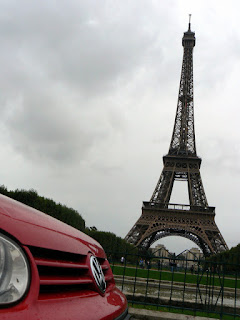 We'd arrived in Wexford from Stockholm via my cousin's in Dublin and Gav and Delphine's in Greystones. It was there I was finally reunited with Derval, my beloved Volkswagen Golf who had been left abandoned since she brought me on the first leg of my journey to Guatemala last Christmas. Perhaps because she had been ignored by me since then, did she react a little strangely to my touch at first, as if I was a stranger, or worse - as if she'd been with another driver in my absence. Perish the thought - I know my Derval would never do such a thing!
She did act strangely though; slow, unresponsive, laboured. As if the spell was broken, something was missing, things just weren't the way they were before. Dare I say it? The affair was over.
I thought back to all the lovely times we'd shared together; driving ridiculous distances up and down the N11 to football every week, trips around Kerry, spins to the beaches of Wexford, muckfests at Oxegen and the Electric Picnic, our first time on a boat together when we got the ferry to France, the drive to Berlin, and what I thought was to be our last adventure together when we went to Paris on the way back to Ireland. 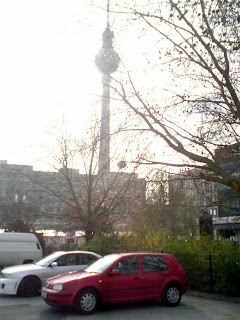 All good times. But all in the past. Poor Derval couldn't handle the idea our time was over and it took some time to coax her back for a final fling. She'd evidently spent the previous seven months brooding about it all.
"There'll be more adventures!" I promised her. For two weeks' driving in Ireland, we needed her! Of course, I didn't tell her it would be just two weeks. I took a spin out to Glendalough. As if nervous at first, I had to reassure her on the way out, and slowly, slowly, she came back to me. Gradually she became more responsive and on the way back she was flying! She flew around corners with gusto, tearing up gravel, eating up the miles. Derval's back! Adventures were calling!
Labels: car Ireland Life