Berlin seems to have more than its fair share of nutbags. Just yesterday I saw a guy sitting outside a café wearing curtains on his head. What worries me is that Jenny, a Berlinerin, seemed to think this was perfectly normal. She dismissed the notion your man was obviously a raving lunatic.
Everywhere you go in this city, you'll find scruffy has-beens ranting and talking away to themselves. Gesturing wildly, walking around in circles, yelling at imaginary foes. Madder than bags of mad badgers. 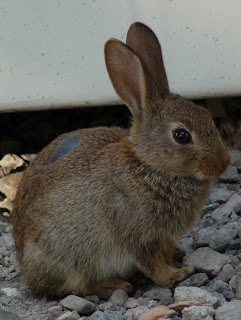 The U-bahn in the early morning can be a freak show. They all come out then. On my way to the airport last week there was a guy who boarded wearing nothing but a sack. He entered the carriage with a flourish, as if he was the king of Prussia. I'm sure trumpets were going off in his head. He bounded on anyway and then looked around as if waiting for his subjects to greet him or bow down with reverance. Of course, nobody batted an eyelid. Either because they were stone mad themselves or they'd seen this type of thing before.
The guy was followed by his girlfriend. Not so royally dressed as his highness, but actually wearing clothes. They apparently had been fighting and she looked quite upset. They sat down and continued their squabbling. Suddenly his royal madness stood up, put his hands on his hips behind him, cast his head back and launched into a speech, apparently aimed at her, but proclaimmed with gusto so everyone could hear. He looked around as if for approval.
I looked around too and realised the whole carriage was full of freaks, all either pissed, stoned or generally mad themselves, all with fashions from the circus. Nobody but me paid any attention to the nutbag in the sack. Just another U-bahn journey.

I suspect Berlin has more nutbags per capita than anywhere else in the world. Nowhere else have I seen so many verrückte Leute. Jenny disagrees but I'm pretty sure of it. I just hope it's not an inevitable outcome of living here. I may be an Ire, but hopefully never völlig Irrer.
Labels: Berlin humour Life