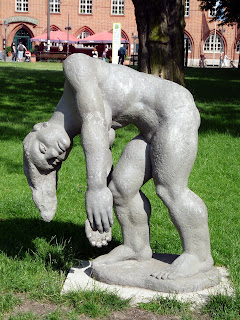 More problems with the law. This time not the Polizei for a change, but a lawyer who's attempting to charge me €100 for doing absolutely nothing at all.
Lawyers are, of course, the leeches of the legal system, and Stefan the solicitor turned out to be no different. I originally went to see him three weeks ago, after being encouraged to do so by Björn, another solicitor, but one who's ultimately no longer in the trade, perhaps because he wasn't leechy enough.
"I spoke with my colleague and he would love to help you with your case," Björn wrote. I definitely had a case, he believed, and his colleague apparently agreed.
So I went to see Stefan with high hopes of seeing justice after I was effectively fired before I'd even started a job. My would-be-employers apparently changed their minds about employing me in the three months between the interview and the agreed start date in February - and then failed to tell me.
Once I actually met the fucker, Stefan hummed and hawed as if Germany depended on it. His tune had changed drastically and he informed me how difficult it would all be, that I'd be liable for the other crowd's costs, that it could impact world peace, jeopardise inter-spacial trade agreements, cause the English to win world cups etc. etc.
After telling him just to write the damn letter seeking damages, start the legal ball rolling, he agreed to do so. He wrote a different letter however. Not two days passed before I got a letter from him, this a bill for €229.55, which I was to pay him before he did anything at all. The fucker must have typed it up as soon as I left.
Of course I rang him. He helpfully pointed out that this was the cost of his services if he wrote the letter. He still wasn't optimistic of success however. If I was reluctant to proceed, he informed me kindly, he would "just" charge me for the time he spent with me.
"I usually charge €130 for an hour," he pointed out, "but I'll be able to do it for you for a bit less." What a prick. I reminded him he left me waiting at our appointed time for 20 minutes if not more. 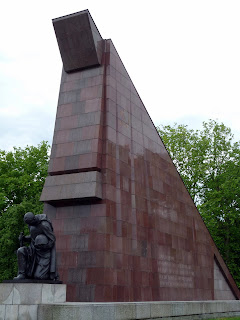 Today a bill for €99.96 arrived. "Falls Sie die Sache nicht weiter verfolgen möchten, würde ich Ihnen insoweit als Honorar 84,00 € zuzüglich 19% Umsatzsteuer, insgesamt 99,96 € in Rechnung stellen."
Of course I rang him again. "So you're asking me for €230 to write a letter you believe has no chance of success, or €100 to do - in effect - nothing," I said.
He complained the €100 wasn't "für nichts" but for his time and advice. Now I know why he was so keen to take the case.
I pointed out I wouldn't have gone to see him at all if he hadn't told Björn he'd gladly take the case. "Bin ganz unzufrieden damit," I told him.
I added that €100 is almost half my monthly rent, and that I'm still (hence the legal case) looking for employment. There were free legal advice services available.
"Das tut mir Leid," he replied. Sorry my arse. He wasn't sorry enough to scrap his bill.
Labels: Law police solicitor