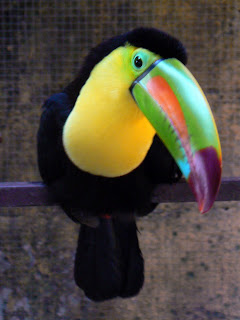 Last week an esteemed publication promised to use a big feature I had written on Honduras following my travels there in January. I actually submitted the article in April, so I was delighted when The Irish Times told me it was very entertaining and that they'd use it that weekend.
"¡Woohoo!" I thought, already imagining the fame and richness it would undoubtedly have brought me.
Before it was due to be published however, as some of you may have heard, the military in Honduras conducted a coup, overthrowing the government. A fucking coup! Just when my article was about to be printed. The fuckers couldn't have waited another week, waited until I'd been published...
This in the Central American country least affected by internal strife, civil war and political turmoil since that region's independence from Spain. It was just too quiet for the military apparently. Things have been getting pretty hairy there since, so I'm not surprised my travel piece about what a great country Honduras is to visit has been shelved for now.

The previous large travel article I wrote was on México. A certain pig flu broke out afterwards, putting an end to hopes of having that published. Schweinerei.
Labels: Coup Honduras work