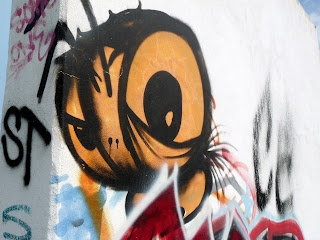 I'm worried I may be becoming more German by the day. I've definitely become more punctual the longer I live here. There was a time when I was known for being up to an hour late (sometimes more) for appointments. Lately however, I have actually being arriving on time, even (Buddha forbid!) sometimes before the agreed time. Meanwhile, other people I know have become less punctual.
Today therefore, to counter this worrying trend, I decided to do away with punctuality in future. From now on I will only make appointments on the hour or half hour - no more of this meeting at 8.35 p.m. business - and I will arrive anytime between the hour and half hour, if not afterwards.

Punctuality is quite important in Germany, and I guess I must have got caught up in the whole thing - a natural development I suppose from living here.
It wasn't the only worrying trend I noticed however. Today I emailed my cousin to ask if two weary travellers could rest their heads at her place on arrival in Dublin on July 30th.
"This isn’t like you," Helen replied. "You feeling ok? You're emailing me 29 days in advance of your arrival!"
She's right of course. It's ridiculous to give so much notice. We should have just turned up at her door in the middle of the night, banged on the door 'til all the neighbours were awake, then strolled in, put the kettle on, and then wondered why she was surprised to see us.
I'll have to email her back, tell her we aren't coming at all, before arriving at her doorstep, banging on the door... 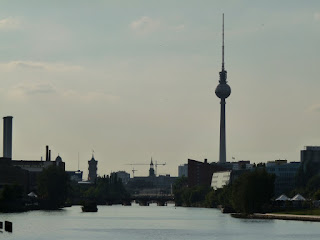 While these alarming Germanic traits may have been developing unbeknownst to me, I can console myself with the knowledge that there are certain areas in which I remain very much an Auslander: I consider traffic lights as "advisers" rather than "masters", and disregard pedestrian lights altogether; I believe rice should only take ten minutes to boil (for some reason German rice takes yonks to boil - up to half an hour!); I stay away altogether from UHT milk which, as everyone knows, is shite; I say hello to total strangers; and I believe the eighties should never be spoken of, never mind kept alive through fashion.

Today was a wake-up call. A timely one too judging by recent punctuality. Besser spät als nie, as I plan on saying a lot more often from now on.
Labels: German Life