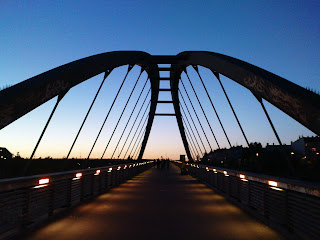 This is the last broadcast from Berlin for a while. The next will be from Sweden, where we're going tomorrow (now today), or Ireland, where we're going the week after next. Whether there'll be any broadcasts at all over the next couple of weeks depends on the availability of internet in the Swedish countryside, and of course the newsworthyness of what may be written. "When did that ever bother you before?" I hear you ask. Smart arses.
I was going to bring the laptop with me but I'm already going to be lugging a heavy tent and camping gear around. Feck it, nothing ever happens in Sweden anyway. I'm sure in Ireland it will be the opposite problem - there'll be loads to write but no time to write it. We'll see what happens. I'll be bringing a pen and notebook with me in anycase.

I may have to change the name of the blog actually. I'm not going to be in Berlin very much this year. San Francisco beckons once again after Ireland, and then in September we'll be heading to Perú to do some voluntary work up the mountains; teaching Peruvian kids that "grand" is the only answer needed for every question, while "Feck", "Arse" and "Girls" are the only other important words in the English language. God help the little feckers. We'll be in Perú until the end of January after which I'll finally make the blog's title an honest one - unless I go back to México then - but time will tell, as it is prone to do. One thing's for certain, when I finally do make it back to Berlin, I'll have to get a job! 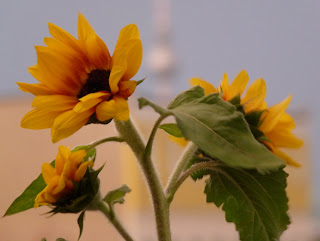 From Den Irländsk Hurdy Gurdy to El Peruano Irlandés there are bound to be a few adventures and tales to recount, so be patient dear readers, they will be told, if not now or tomorrow, then soon and for the rest of your life. But I've got to go; I've to get up in four and a half hours. If that plane leaves the ground and I'm not on it...