Campsites in Sweden are great places to meet Dutch. The one we stayed in a couple of nights was full of them. Käseköpfe (Cheeseheads) as they're known in Germany.
Paul had warned us beforehand, but still I was amazed by the sheer volumes of funny-sounding tall bleach-blond clog-wearing specimens we found roaming the campsite. No amount of warning could have prepared us. The place was full of them! Half of the "Netherlands" was there. They actually had wooden clogs and all! Madness. 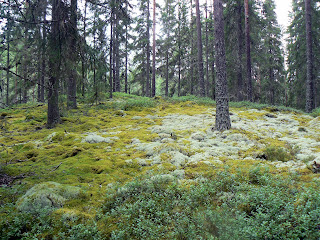 These are the people who turned carrots orange. Listening to them talk was ridiculous. Oompa-Loompas with strange north-English accents for some reason known only to themselves. Straining their vocal cords to come up with possibly the most ridiculous sounding noises uttered by man by way of communication. Yes, the Dutch are certainly a funny sounding lot.
None of them wash their hands however. While brushing my teeth in the communal bathroom one night, one after another of the white-haired freaks came in to do their business. Whether number one or two, I don't know, but they all filed out again after zipping up their trousers without coming near the sinks. Not even a casual glance did they throw at the soap or water. The unhygienic feckers. Never shake hands with a Dutchman.
Labels: carrots Dutch Sweden