Tea or not tea, that's the question 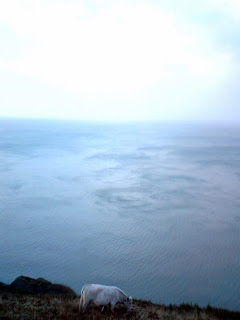 As I type I'm drinking a cup of inferior German tea. My stocks of Irish tea are running dangerously low - just three bags left! Although it's marginally better than English tea, the stuff I'm drinking now is still piss. Weak as a new-born lamb, it tastes like a watered down version of hot milk. How they can call it tea at all is beyond me. Its only offering of pleasure comes when releasing it back into the toilet I suspect it may have originated from.
Anyway, this isn't anything new. I'd always known there was no proper substitute for Irish tea. In fact, even with Irish tea one has to be careful. Noddy brought over my last batch a few weeks ago; 160 bags for which I was very grateful. He had taken them out of the box and thoughtfully placed them in a "ziplock" bag to keep them fresh. Like an excited puppy on Puppies' Day, I couldn't wait to finally get a refreshing gulp from of "a daecent cup o' scald". The first cup failed to live up to expectations however. I blamed it at the time on the manky dishcloth-taste from the cup. It obviously hadn't been rinsed after its last pretend-wash. (In fact, it would have been better if it hadn't been washed at all. The taste was revolting. Revolting in a disgusting way, not in a rebellious way.) The next cup was slightly better. Only slightly however, despite it being served in a clean cup. What's this?! Was I losing my taste for Irish tea? The only thing I truly miss from the old sod? (Friends and family excluded of course!)
I couldn't believe it. After Noddy left I had a closer look at the tea bags. Once I was sober enough to do so. Aha! Their shape betrayed their shameful origins. Lyons Tea! Lyons Pee as is should be more accurately called. I had, of course, requested Barry's Tea, as if one should ask. I know one shouldn't look a gift beggar in the mouth. (No I'm not mixing my metaphors - if someone gives you a beggar as a present, give it back. Don't even bother looking in his mouth. Brown encrusted molars poking from sore bleeding gums, not to mention the acrid vile stench.) 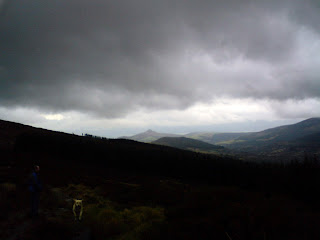 Everybody knows only Jackeens who don't know any better drink Lyons. (Everyone but the Jackeens.) One needs to use twice as many bags to make the strenght-equivalent of Barry's Tea, the only good thing to come from Cork, or the greatest city in the world as its deluded residents believe it to be. "Boy."
Still, even Lyons Tea is better than that stuff I've just forced myself to drink. I give out about it it, but I miss it already before its even gone.
Labels: Barry's vs Lyons Tea